We are having a great time in D.C. celebrating Margaret  “Sissy"Sugarman from Olivenhain Valley 4-H, earning the Congressional Award Gold Medal. Congressman Mike Levin presented her with the Gold Medal in a medal ceremony at the U.S. Capitol in Washington D.C. Recognizing that children in her community are disconnected from animals, agriculture, and nature, Margaret “Sissy” Sugarman organized and led tours and classes at her farm and at local schools promoting agriculture, beekeeping, and connection with animals. Her pollinator education program, “The Honeybee Road Show,” earned national recognition from the American Agri-Women Foundation. Sissy also served at a Veteran's camp in Alaska, Camp Battle Dawgs, which uses sled dogs and other outdoor activities to help veterans with PTSD and traumatic brain injuries reintegrate back into every day life. Currently, Sissy is connecting people to animals and agriculture by hosting veteran groups, disabled adults and youth groups for free Goat Yoga classes at her family farm in Olivenhain.

Sissy was furthered recognized as a "STEM Star"

Senator Ron Wyden presented Sugarman with the added distinction of being a S.T.E.M. Star for her Honey Bee Road Show initiative. Ray Kerins from Bayer, a national 4-H partner, presented her with her STEM Star achievement pin.

The Honey Bee Road Show is a program Sissy developed after growing up learning about bees in 4-H. Sissy had cared for her bees on her family farm and found them to be a source of endless fascination. She has hosted hundreds of groups of children on tours to her family farm and was always surprised to encounter children who were afraid of bees or had no appreciation for bees. Sissy created the Honey Bee Road Show as a way to teach schoolchildren about bees and their vital role in our world. Bees are our #1 pollinator and they need our help!

Sissy took her program to elementary schools and did many presentations at the Encinitas Farm Lab, which is an ecology center run by our local school district. Sissy taught the children all about the inner workings of the beehive and invited children from the audience to join in her presentation in a starring role by acting out the different roles of the honey bees.

“Children are so eager to make a connection with animals. Being a part of that joy and discovery is absolutely magical.” ~Sissy Sugarman

The model of leadership, service, and giving back to the community that Sissy learned from her selfless 4-H leaders was the inspiration for her program.

Sissy's 4-H skills came in handy. Of course, she learned so much about bees in her beekeeping project, but her years in the sewing project came in handy as she crafted and sewed costumes for the children to wear in their bee hive skit. And all those years of presentations and demonstrations paid off, as her public speaking skills were vital to holding the attention of 60 2nd graders at each presentation!

Sissy plans to continue her program locally and hopefully take what she has learned to Africa in the near future. She hopes to intern in a program called Elephants and Bees which would combine her experience with pollinator education with her passion for elephant conservation. You can learn more about that at http://elephantsandbees.com/

Sissy's community service work and links to news articles highlighting her work can be found at: http://www.sugarsweetfarm.com/community-service.html 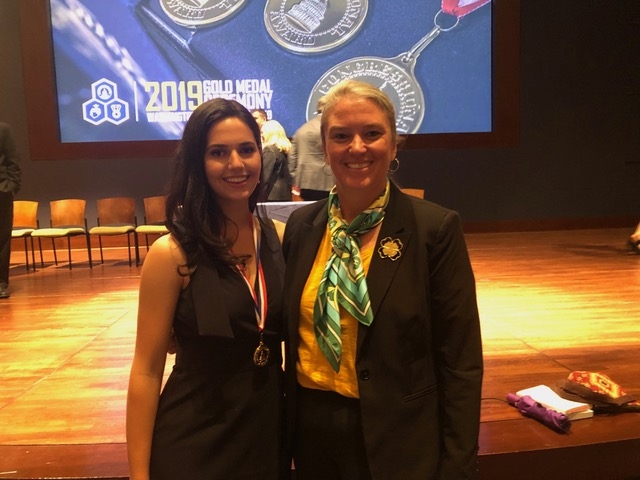 Sissy and Beth Hecht from the National 4-H office 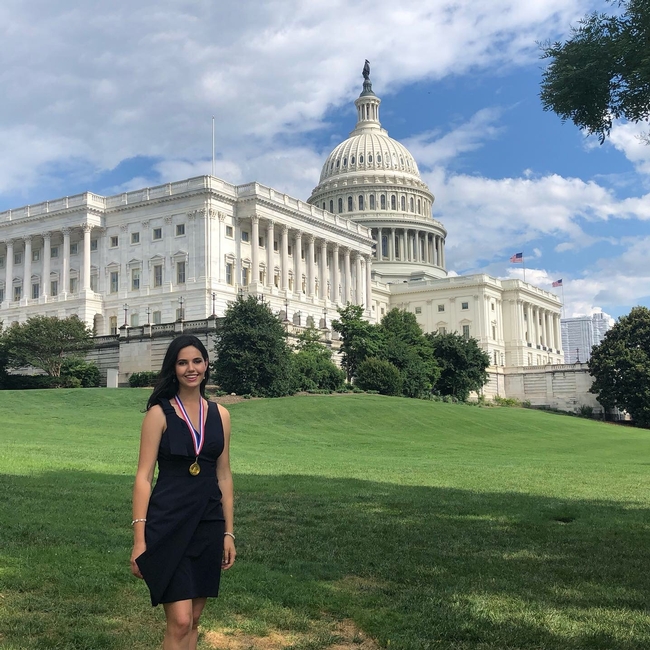