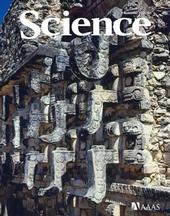 Decades of extreme weather crippled, and ultimately decimated, first the political culture and later the human population of the ancient Maya, according to a study by an interdisciplinary team of researchers that includes two University of California, Davis, scientists.

The collapse of the Maya is one of the world’s most enduring mysteries.

Now, for the first time, researchers have combined a precise climatic record of the Maya environment with a precise record of Maya political history to provide a better understanding of the role weather had in the civilization’s downfall.