Intermountain REC News
sitenum=316
Informative Updates on Ag and Natural Resources from the Far North
UCANR: Safeguarding abundant and healthy food for all Californians
"I'll be BACK" - Managing Blue Alfalfa Aphids in Alfalfa
Published on: April 8, 2020

Re-posted with permission from the UC ANR Alfalfa & Forage News:

Just like the Terminator, those pesky blue alfalfa aphids are once again wreaking havoc in alfalfa fields, including those just breaking dormancy in colder climates. They are also showing up in the first two cuttings under low-desert conditions in Southern California and Arizona. In some areas, there is a mix of blue alfalfa aphid, pea aphid, and cowpea aphid

How to respond might depend upon where you are, in part due to environment, stage of growth, and role of natural enemies.

Recently, Bill Chounet from Stanislaus Farm Supply contacted us from Nevada, observing alfalfa fields with extensive aphid damage in the very early in the season in Yearington, NV. "“In January I found evidence that an aphid population had been in the crowns of alfalfa earlier (many carcasses); but after digging around and into the crowns, I could not find any live aphids”, he wrote. “In the beginning of March, I began finding aphids in the crowns” (Figures 1,2, and 3).

These aphids were likely feeding in the fall, injecting toxins into the alfalfa as plants were going dormant. Aphid populations clearly took off this spring. Plants were slow to recover (few visible leaves), especially with current aphid infestations and cool daytime temperatures in the upper 20's-40's with occasional 50s-60s. The growers have been struggling with early aphid infestations for several years in this region and growers have tried a number of control approaches. Part of the problem may be the cold temperatures and part of the problem may be the lack of plant tissue and actively growing tissue to assist with systemic insecticide efficacy. In addition, getting good coverage is likely challenging because many of the aphids are tucked into the base of the plant. Furthermore, blue alfalfa aphid is a pest that has been getting harder to control They have toxins!! – Damage, identification and thresholds. Blue alfalfa aphids are particularly damaging to alfalfa because they inject toxins into plants when feeding, causing stunting, reducing yields, and sometimes killing plants. Toxins can remain in the plants after harvest and persist into the next cutting or even the subsequent two cuttings. When alfalfa plants are larger and actively growing, they can better withstand aphid damage; however, when plants are small, feeding damage can be extensive and long-lasting. These aphids feed on leaves and stems and sometimes buds in alfalfa crowns. Economic thresholds for treatment are assessed by the number of aphids per stem and depend on the height of the alfalfa (see UC IPM alfalfa hay, http://ipm.ucanr.edu/PMG/selectnewpest.alfalfa-hay.html). Under 10 inches, the threshold for blue alfalfa aphids is 10-12 per stem. Blue alfalfa aphids can be distinguished from less damaging pea aphids by the antennae. Pea aphids have narrow dark bands at the end of each antennal segment, while blue alfalfa aphid antennae are more uniform in color. The first long segment (closest to the eye) is typically the most obvious.

Time of Year and Temperatures. Blue alfalfa aphids favor cooler temperatures, and can be found in alfalfa fields from fall to spring. In general, once it heats up, they tend to disappear. That said, the experience in the very warm Palo Verde Valley will be different from the Intermountain in terms of infestation timing and temperature at infestation as we have seen this year. It does seem that milder and drier winters favor populations taking off in the spring. Because of asexual/clonal reproduction, with the “right” conditions, aphids can exhibit exponential growth within days. These conditions include temperature because they perform best at specific temperatures and host resistance is temperature dependent, with resistance not fully “activated” at lower temperatures. This provides an opportunity for aphids to gain the upper hand. Environmental conditions (e.g., temperature and humidity) also affect abundance/migration of predators and prevalence of aphid-killing fungi. DIFFICULT TO CONTROL – USE AN IPM APPROACH.

Compared to their pea- and cowpea aphid plant-sucking evil cousins, blue alfalfa aphids are tough to control. An IPM approach includes selection of resistant varieties, conservation of ‘beneficials' (natural enemies and parasites), and monitoring populations. The first step to managing all aphid species in alfalfa is through planting aphid-resistant varieties. Variety ratings are available on the National Alfalfa Forage & Forage Alliance page.

Once the crop is growing, it is also important to protect natural enemies that help manage aphids like lady beetles and parasitoid wasps, along with a number of other generalist predators. Lady beetles are migratory, arriving in the Central Valley in the springtime from overwintering sites in the surrounding Sierra and Coastal mountains; they have one generation per year, and return to the mountains in the summertime. Always sweep and watch for lady beetles when monitoring fields and incorporate them in thresholds (4 or more lady beetle adults per sweep or 3 larvae for every 40 aphids per stem; on stubble, ratio is 1 larvae per 50 aphids per stem). Syrphid (or hover) flies are another important predator as larvae. The larvae are grub-like and look like alfalfa weevil larvae, although they do not have a brown head capsule. Aphid mummies indicate parasitoid wasps are present and are out seeking and destroying aphids. Mummies with holes indicate the wasp has developed and emerged.

WHAT WORKS FOR INSECTICIDES?

It is clearly not a given that natural enemies will be present in sufficient numbers to suppress the aphids. Using selective materials will help preserve those natural enemies and take advantage of their pest suppression services. In cases where very high levels of control are not achieved, as is often the case with blue alfalfa aphid in many areas at this point, the aphids remaining can quickly reproduce. This could make re-treatment necessary and could result in even higher populations (and greater yield effects) than if an application had not been made (see example in the companion blog from Tulelake trials).

The following is an excerpt from a previous blog article by Steve Orloff and provides a good overview of effective management approaches:

2) Use a combination of insecticides that together are highly effective on aphids providing an excellent initial kill. Although the insecticide combination is lethal to most of the beneficials, the control is hopefully great enough that if the population does eventually resurge, enough time will have lapsed for the beneficials to have recovered.

Here are a few notes from our trials and experience: 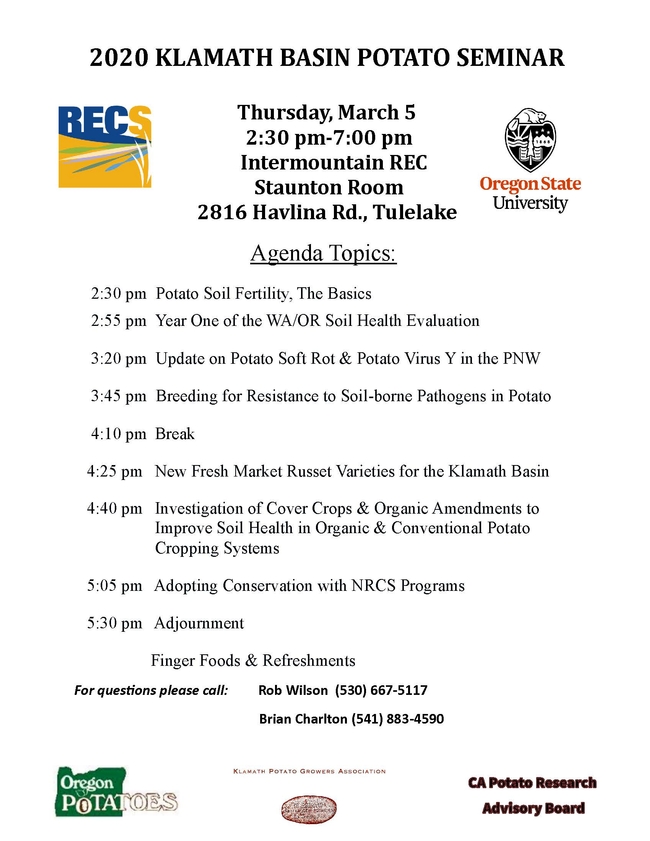 is soliciting proposals for new and continuing research projects for project year 2020-2021. 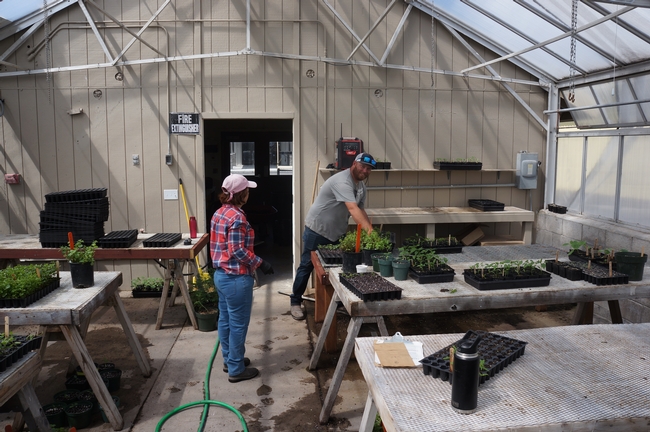 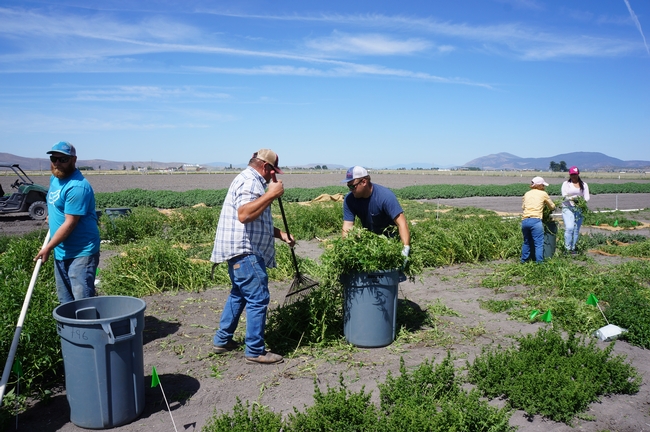 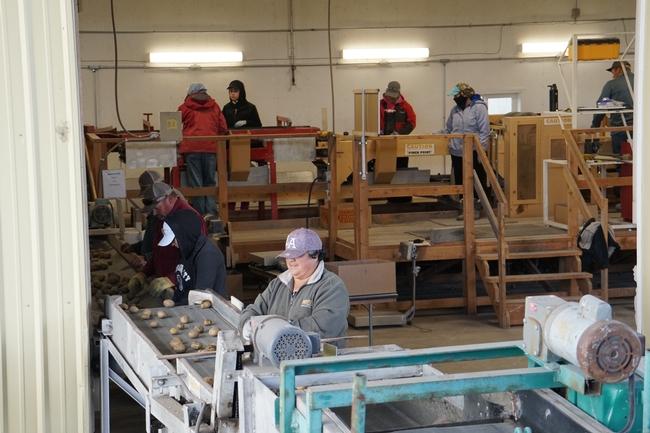 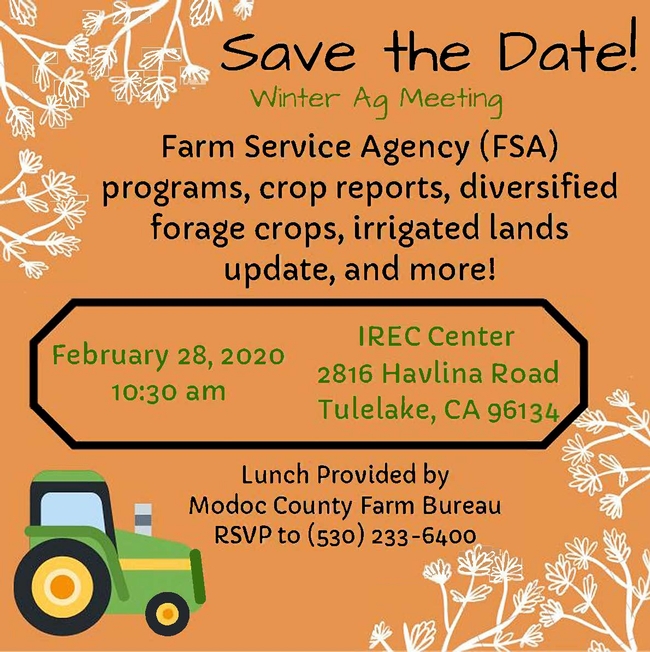 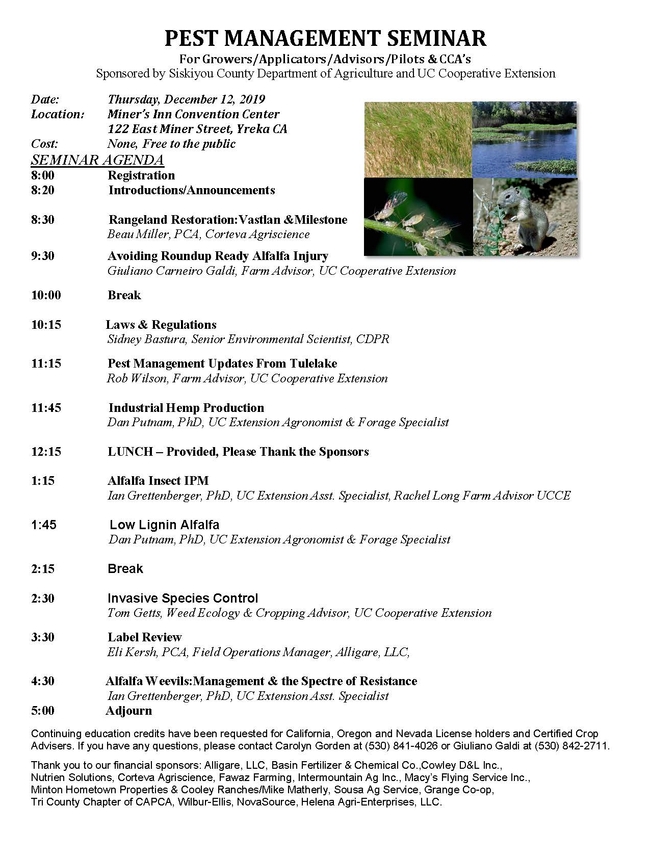