Study Suggests Risk of Cancer Death Increases with Each Generation of Latinos Born in the United States
Published on: December 31, 2018

According to the U.S. Census Bureau, as of July 2016, the Hispanic population in the United States had grown to 57.5 million, making people of Hispanic origin the nation's largest ethnic or racial minority group. Studies have shown that U.S.-born Latinos have a higher incidence of cancer than foreign-born Latinos. To better understand the influence that acculturation and environmental factors have on cancer risks in Latinos in the United States, Setiawan et al launched a large observational study examining the cancer mortality patterns across first-generation immigrants and... 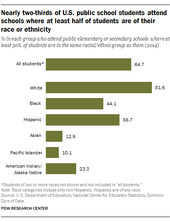 Almost 10 million (9.8 million) people varied their ethnicity responses between the 2000 and the 2010 censuses, according to a paper released by the Center for Administrative Records Research and Applications (CARRA). That represents 6 percent of the population of 168 million who changed their minds about their identity between the two national demographic surveys, according to Preliminary Results from America's Churning Races: Race and Ethnic Response Changes Between...

Majorities across all demographic and political groups say there...

In my last blog I wrote about ethnic umbrella labels. These labels include, but are not limited to, European-American, Asian-American, African-American and Native-American, and all share the characteristics of having a geographical reference point, but beyond that, distinctions appear. These terms raise another labeling issue, one which I’ve been questioned about. It concerns the use of the word American — including my use of American — to refer to the United States and its people. The argument goes like this.

“The entire Western Hemisphere is the Americas, North and South. Therefore, it’s...