Hispanic children, the largest minority group in public schools as well as the fastest growing, are increasingly showing up in preschool programs, have made significant gains on national math tests, and are posting record high school graduation rates, according to a new study, as reported by The Washington Post. But they still lagged behind their white peers in academic achievement and were more likely to live in poverty and not finish college. 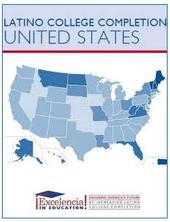 Low rates of Latino college completion persist in states with high numbers of Hispanics, despite a narrowing of the gap in the graduation rates of traditional Latino and non-white Latino college students, according to a report by Excelencia in Education..

The gap dropped to 9 percent in 2014 from 14 percent in 2012 among those who entered college as first time, full-time undergraduates, according to the report.

But it's a different story when part-time students, which account for almost half of Hispanic students, are included. In California, home to the largest number of the country's Hispanics,...

America cannot become the world leader in college degrees by 2020, or have the globally competitive workforce of the future, without a tactical plan for increasing Latino college completion, this according to the report, “Roadmap for Ensuring America's Future.”

Latinos will have to earn 5.5 million degrees to close race and ethnic equity gaps.

Latino educational attainment is currently lower than that of other groups (only 19 percent of Latino adults have earned an associate or higher degree); and, many economically competitive jobs in the U.S. will soon require education beyond a high school degree. Between 2005 and 2022, the number of...