The latest cost of production study done on oranges came out recently.

It applies to the San Joaquin parts of the Valley for sure, but many of the assumptions are true for evergreen tree crops in general.  The cost of weed control, or fertilizing are not going to be different.  Pest and disease control are going to be very different if you are a navel orange grower in Bakersfield or a cherimoya grower in Santa Barbara.  The key to these studies are the different issues/categories a grower should be addressing and the studies provide a framework for that study.  Also it gives general costs for different inputs, such as urea and glyphosate to make a comparison to what you might be paying 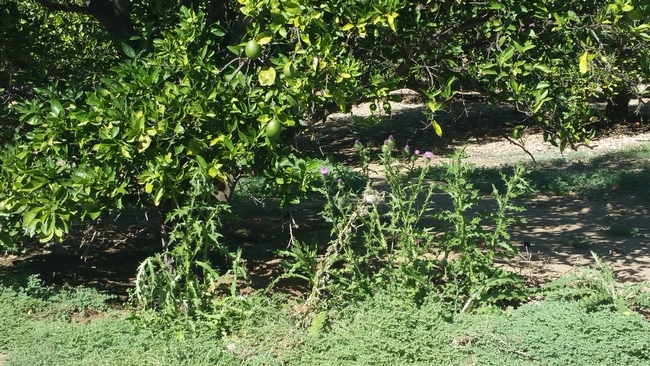 Control of weeds has always been a major economic cost in subtropical fruit production because of favorable climate that allows for weed germination and year-round growth. The use of chemical weed control has increased dramatically due to labor costs, equipment costs, product costs and availability, the shift to more narrowly spaced tree rows, and installation of low volume irrigation systems that prohibit the operation of mowing or tillage equipment under the tree canopy area (Futch 2001).

However finding herbicides that are labeled for certain subtropical crops can be a bigger challenge. UC Weed Science has updated the Subtropical Crops herbicides usage chart for California growers (Fig. 1 Attachment below). It also seems that preventive programs are most frequently overlooked as a method of weed control. Preventive programs entail the use of such practices as sanitation, spot spraying, or hand labor to prevent the source of weed infestation (seed and/or vegetative) from widespread dissemination throughout a given area. By removing the undesirable weed species prior to seed development, dissemination by wind or mechanical transport on equipment can be effectively delayed.

Weed control programs will vary from location to location within the state and can even vary within a given site based upon specific conditions such as soil type, variety, method of herbicide application, and the presence of specific weed species.

Before herbicide application, growers should survey the grove and determine the stage of growth and type of weeds for that given location. Many products do not provide control of emerged species, thus requiring the application of more than one product to provide both preemergence and postemergence protection (Futch 2001). Rotation of soil-applied herbicides should also be considered to prevent the buildup of resistant annual and perennial weeds. The resistant species may not be evident initially; however, if the same herbicide and cultural program is maintained, over time their populations may build up until they infest the entire grove and become the dominant weed species (Jordan et al 1992).

Herbicide damage to foliage and fruit has also been noted when herbicides were applied under windy conditions or use of improper equipment allowed the materials to contact areas other than the weeds or soil. Please make sure to follow the label's direction and use caution.

Attached below is a chart listing herbicides registered for avocado, citrus, date, kiwi, fig and pomegranate. I just raked up all the leaves under the avocado and it looks so nice. PUT THEM RIGHT BACK. The avocado is shallow-rooted and really depends on the natural leaf mulch to protect its roots. In fact the roots will actually colonize the rotted leaves as if it were soil. This mulch is also a first line of defense against root rot. The decomposing leaves create a hostile environment to the microorganism that causes the disease. The mulch also helps to reduce evaporative loss of water and therefore reduces water needs. Avocado growers will actually spread mulch in cases where trees are too young to produce adequate leaf drop for mulch or in windy areas where mulch has blown away. The key to remember is that the mulch should be kept at least six inches away from the trunk to avoid collar rot which can be causes by keeping a moist mulch against the trunk. 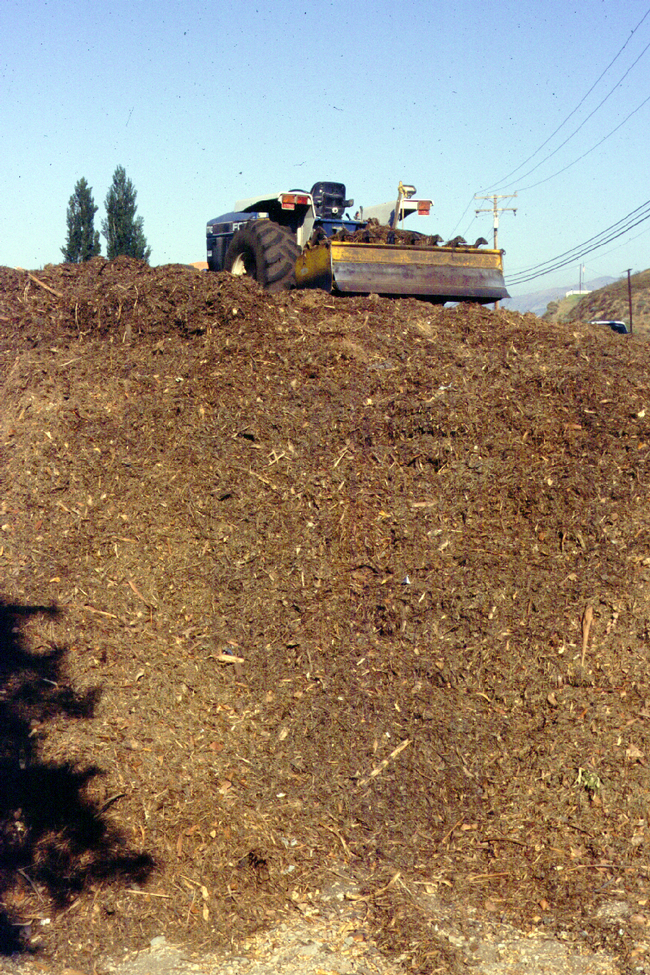