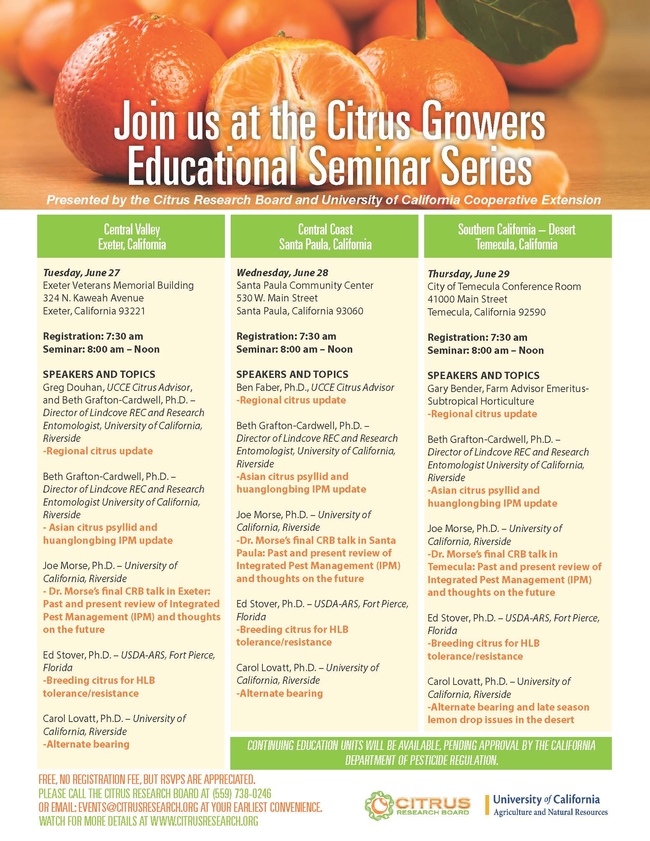 Alternate bearing (AB) is a phenomenon in olive where fruit production alternates between large crops consisting of smaller, lower value fruit during an ‘"ON’ year and smaller crops consisting of larger, higher value fruit during an "OFF" year. The large swings in biennial olive production impact the overall industry, from growers to harvesters, to processors. In olive, the vegetative growth in one year produces the nodes bearing potential floral buds in the spring of the second year. Fruit suppress vegetative shoot growth resulting in fewer nodes available to bear fruit the following year. Our phenological studies have helped characterize the relationship between fruit load and vegetative growth on ‘Manzanillo’ olives in Tulare County, California.

One strategy proposed to mitigate AB is to stimulate summer vegetative shoot growth to increase the number of nodes with the potential to produce floral buds. To address this strategy, our research team designed and implemented a proof-of-concept study in which plant growth regulator (PGR) treatments were injected into individual scaffold branches on opposing sides of ’ON‘ and ’OFF‘ trees. Plant growth regulators utilized in the study included two cytokinins, 6-benzyladenine (6BA) and a proprietary cytokinin (PCK), as well as two auxin-transport inhibitors, tri-iodobenzoic acid (TIBA) and a natural auxin transport inhibitor (NATI). Eight PGR treatments were included, with each PGR tested alone, and each cytokinin tested in combination with each auxin-transport inhibitor. PGR treatments were implemented in Summer (July 2012), and Summer + Spring (July 2012 and February 2013). Vegetative shoot growth was recorded monthly throughout the year to determine the influence of PGR treatments and timings on node production. The study was completed at the Lindcove Research and Extension Center (Exeter, CA).

These preliminary data demonstrate that PGRs increase shoot growth, which might result in more nodes with the potential to produce inflorescences the following spring. Future studies are anticipated to address the use of promising treatments in foliar applications. Naturally-occurring compounds, such as PCK and NATI, may be easier and less costly to register than PGRs, which are classified as pesticides. Therefore, significant growth response to the natural compounds tested may have commercial benefit even if proven less efficacious than the synthetic PGRs.

Acknowledgements: The financial support of the California Olive Committee and the technical support of the Lindcove Research and Extension Center were integral to the success of this project. 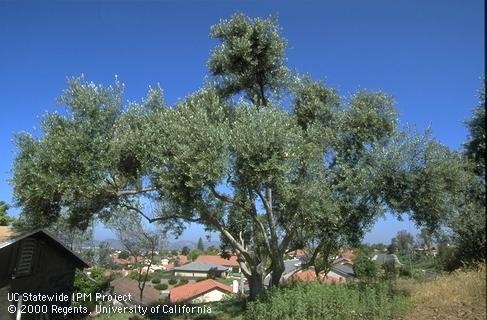 Alternate bearing is typically initiated by adverse climate. Once initiated, in the absence of additional environmental constraints affecting crop load, the bearing status of an orchard alternates between ON and OFF years, with ON years exhibiting less vegetative growth than OFF years.  This biennial cycle, however, can be reset by adverse environmental conditions affecting bloom and fruit set.  Adverse conditions 8-10 weeks prior to bloom may cause abortion of female flower parts, resulting in a high proportion of staminate (male) flowers that do not give rise to fruit.  Additionally, adverse weather conditions at bloom may impact pollination and subsequent fruit set.  Any conditions resulting in loss of crop during an anticipated ON year may render the season an OFF year.

For a fuller discussion of this topic, see the full article by Carol Lovatt at:

The Topics in Subtropics Newsletter 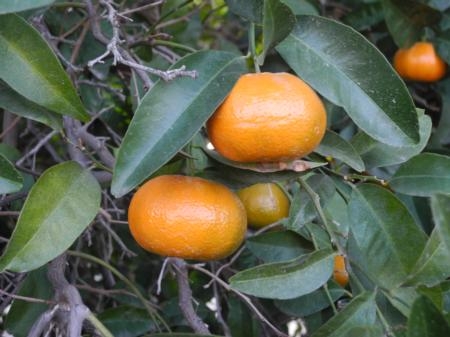 Alternate or biennial bearing is a phenomenon where fruit production alternates between large crops consisting of smaller, lower value fruit during an "ON" year and smaller crops consisting of larger, higher value fruit during an "OFF" year.  Alternate bearing is not unique to olive, but also affects other perennial California crops including (but not limited to) pecan, pistachio, apple, avocado and citrus, especially mandarins.  The large swings in biennial fruit production impact the overall industry, from growers to harvesters, to processors.  The 2009-2011 seasons exemplify the magnitude of the affect of alternate bearing on olive production and crop value in Tulare County (Table 1).

Causes of alternate bearing in olive

Our studies also demonstrated that the bearing status of a shoot influences the following year’s percent bud break of floral buds.  For example, shoots bearing fruit in 2011 exhibited over 90% fewer inflorescences than did shoots without fruit, regardless of whether non-bearing shoots were on an ON-or OFF- tree.

Table 2. Effect of ON- and OFF-crop tree status and the presence (+fruit) or absence (-fruit) of fruit set on a shoot on shoot extension growth. (Orchard 2, Exeter, CA, 2011).

Alternate bearing is typically initiated by adverse climate. Once initiated, in the absence of additional environmental constraints affecting crop load, the bearing status of an orchard alternates between ON and OFF years, with ON years exhibiting less vegetative growth than OFF years.  This biennial cycle, however, can be reset by adverse environmental conditions affecting bloom and fruit set.  Adverse conditions 8-10 weeks prior to bloom may cause abortion of female flower parts, resulting in a high proportion of staminate (male) flowers that do not give rise to fruit.  Additionally, adverse weather conditions at bloom may impact pollination and subsequent fruit set.  Any conditions resulting in loss of crop during an anticipated ON year may render the season an OFF year.

Reduction of fruit load prior to the major period of vegetative shoot growth during an ON year may mitigate alternate bearing.  Chemical thinning with NAA at bloom may result in a smaller crop with larger sized fruit during an ON year, and allow for more vegetative growth to support the following year's crop.

During the 2012 growing season, we investigated the potential for applications of PGR treatments to mitigate alternate bearing in olive.  The specific goal of PGR treatments was to enhance spring bud break, summer vegetative shoot growth, and return bloom.  In the first phase of this project, individual scaffolds of mature ‘Manzanillo’ olives were injected with a suite of PGR treatments. PGR treatments were injected at two points during the growing season, with winter/spring (pre-bloom) treatments targeting floral bud break, and summer treatments targeting vegetative shoot growth.  Additionally, the winter/spring injections were introduced over a four month timeframe (January-April) to assess the optimal timing of injections for enhanced floral bud break. Scaffold injection treatments resulting in desired growth responses will be carried forward in future studies focused on determining compound efficacy in foliar applications.  Treatments included either of two auxin transport inhibitors (tri-iodobenzoic acid and naringenin) injected alone, or in combination with two cytokinins (6-benzyladenine, and a proprietary cytokinin).

In the 2012 growing season, PGR treatments had encouraging results.  Cytokinin treatments injected in February resulted in over 60% more floral bud break on non-bearing shoots of ON- trees, as compared to the untreated control.  Similar treatments also increased floral bud break over 6 fold on bearing shoots on ON-trees; however, due to the variability in floral bud break, there was no significant difference between treated trees and controls on bearing shoots on ON-trees.    All summer PGR treatments (either auxin transport inhibitors or cytokinins, alone or in combination)  increased vegetative shoot growth on both bearing and non-bearing branches  by over four fold; however, the influence of PGR-induced enhancement of summer vegetative growth on return bloom is not yet known.  Return bloom and fruit set will be quantified during the 2013 season to determine the efficacy of PGR treatments on mitigation of alternate bearing on olive. 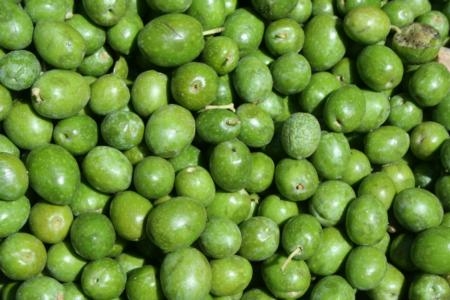