By way of Ventura grower Sandy Hedrick.  This is a compilation of nights of "firing" done by Farm Advisor Bob Brendler from 1923 to 1988 that was collected by Terry Schaeffer of The Fruit Frost Service.  Can you imagine over 70 nights of freezing temperatures when the smudge pots had to be lit?  Now we don't normally "fire" the pots, but use water and wind more commonly.  And it's only for a few nights at the most during the winter. In the "old" you couldn't plant avocado or lemon east of Sycamore Rd, just east of Santa Paula.  Now there are avocados planted in Fillmore.  And apple bloom erratically out there for lack of chill hours. And in summer it's getting too hot to grow strawberries even on the coast because with temperatures above 80 deg there is poor pollination.

Brendler loved weather information  and irrigation issues. He was the first person in the Ventura office to use a computer and he was the oldest Advisor in the office at the time.  The weather data chart was the first type of chart that could be done on a computer.

Do you think something has changed?  By the way Terry is still running a private weather service for growers in Ventura. 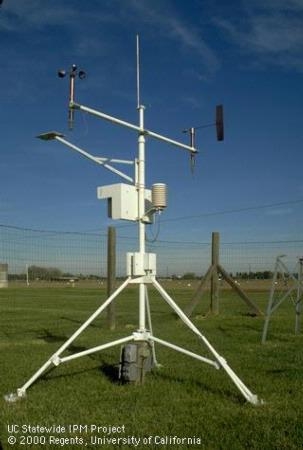 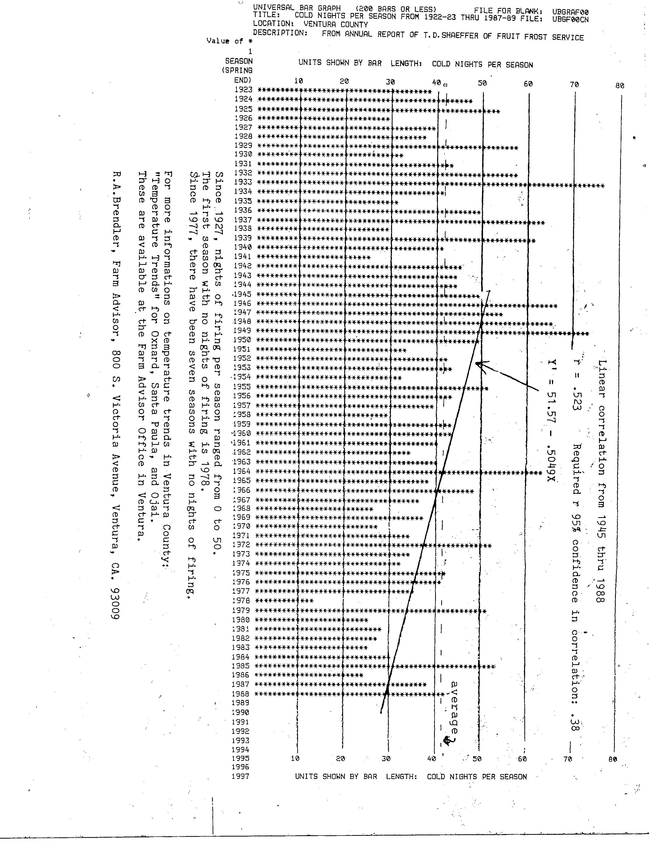 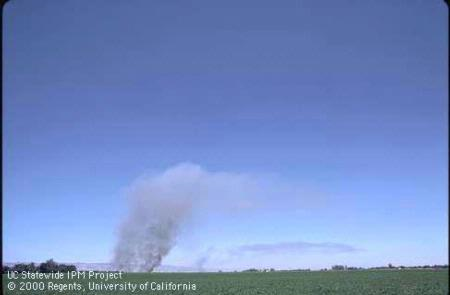