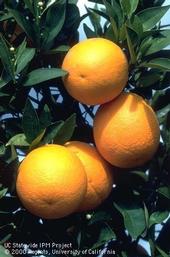 The San Joaquin County Agricultural Commissioner, in cooperation with the California Department of Food and Agriculture (CDFA) and the United States Department of Agriculture (USDA), has already begun an extensive survey in response to the detection of three Asian Citrus Psyllids (ACP) within the City of Manteca.

These finds were adjacent to an existing...