I love watching the occasional jack rabbit run across the field behind my house.  But that love quickly turns to dismay when the rabbit heads toward my yard to feast on my bean seedlings.  Although cute, they can do a lot of damage in your garden.

Back in the 1880’s to 1900 California was overrun with wild jack rabbits.  Settlers, who cleared the land of chapparal and brush planted crops across vast areas and provided an abundant food source for the rabbits.  This new abundant food source that helped spur a wild rabbit population explosion.  Because their sheer numbers threatened the state’s agricultural production, rabbit drives became popular across the state.  Men and boys with clubs would corral masses of wild rabbits into a fenced enclosure then beat them to death.  A barbecue would then follow what was once a very popular community event.  Just to give you an idea of the magnitude of the jack rabbit problem, one single drive in Fresno reportedly killed some 20,000 rabbits, while drives in other communities generally reported only several thousand rabbits killed per drive.

Today the rabbit population is significant decreased from the 1880’s and there are several more humane ways of dealing with them.  The two least harmful methods include the use of repellants containing putrescent whole egg solids, and building a rabbit fence from something like chicken wire around the plants or trees to be protected.  These and additional methods for dealing with rabbits can be found in the Pest Note for Rabbits available on the UC Davis Integrated Pest Management website at www.ipm.ucdavis.edu.

Determined to have fresh asparagus beans this summer, I’ve once again replanted some seeds, this time with temporary chicken wire fencing around where the seeds have been planted.  Since I hate any type of fences, once the seeds sprout and the plants grow to about two feet tall, I plan on removing the fence.  By then the jack rabbits will have hopefully moved onto a more hospitable feeding area. 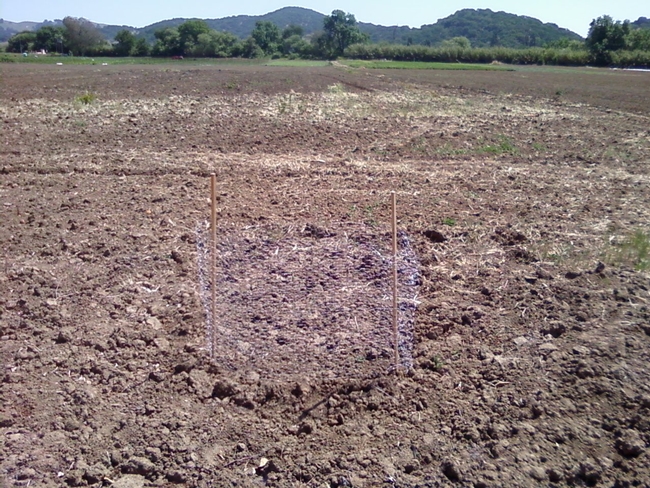