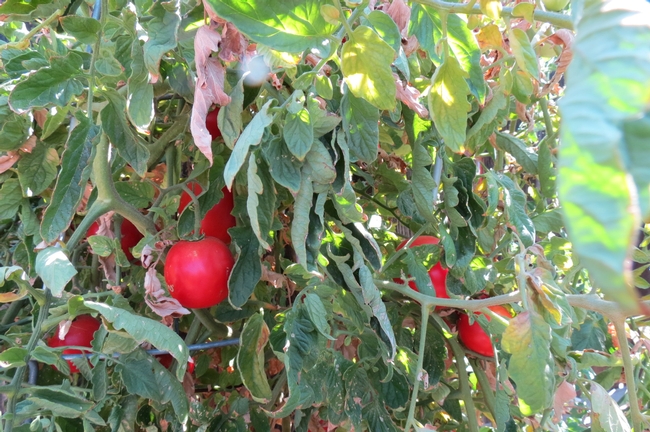 Do you like reading about herbs, even those you don’t use for cooking?  Do you also like mysteries, you know – the “who done it” kind.  Then I have the book(s) for you!

Susan Wittig Albert has written a series of mysteries featuring a character by the name of China Bayles.  Each of these books has an herb in the title such as “Rueful Death” or “Lavender Lies”.  I think you get the idea.  But!  In each of the books, the reader gets a good mystery, recipes using the featured herb – both in cooking and in lotions and in other ways.  Set in the fictional town of Pecan Springs in the Texas Hill country, the heroine who just happens to own and operate a  shop called Thyme and Seasons, selling dry herbs, fresh herbs, various oils and seasons combinations as well as jams, jellies, and  various pestos.

In the “Lavender Lies”, the reader is treated to several recipes using lavender in cookies, iced teas and fruit juices, as well as historical uses of that herb.   Did you ever think to drink hot lavender tea?  In 1609, an herbalist named John Parkinson wrote a book Paradisi in Sole Paradisus Terrestris in which he wrote, "Lavender has an especially good use for all griefes and paines of the head and brain.”   Also there is mention of bugloss (Alkanna tinctoria) used to dye wool and also women’s faces.  The deep red color was long lasting and became a symbol of falsehood and deceit; the thought being that a woman who tinted her face could hardly be trusted to tell the truth.  I wonder what the make-up folks would make of that idea??

Another tidbit of herbal lore in these books includes mention of a tree growing farther south in Arkansas and Texas called the toothache tree.  Actually Zanthoxylum clavaherculis, this tree has bumpy bark is hot to taste and will help a toothache.    I got so involve in so of the herbal remedies that I followed in my herb books.

Did you know cacti can be classified as herbs?  In books of herbal lore, people have planted cacti to guard the house (no kidding!), but put the spines into a jar w/ rue and rosemary leaves and add rusty nails and tacks and then bury under your doorstep – you now have a powerful protective device to protect the house and contents!!  Not to mention that the fruits of the “prickly pear” Opuntia ssp. make a delicious jam, jelly or salsa.

I’ve so enjoyed reading these well-written books packed with mystery, recipes and information about plants which I never would have considered to be “herbs” as well as plants and their parts which come to mind when the word “herb” is mentioned.  It is amazing how the author combines all of these details in a “oh, by the way” style.