A weak economy is pinching the premium wine industry
Published on: October 25, 2010 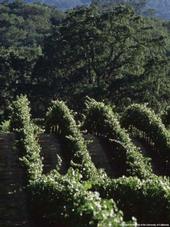 The wine market decline is putting some people out of business. 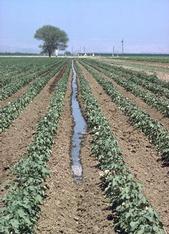 The Bakersfield Californian reported that it isn't just the listless economy ravaging Kern County agriculture. The industry's woes are pinned on water.

Reporter Courtenay Edelhart spoke to the director of the UC Agricultural Issues Center, Dan Sumner, about the national economic downturn's impact on ag. With the exception of the dairy industry, Sumner said, agriculture prices haven't been that bad over the past year.

The state of California has, however, suffered three years of...

California farmers are known for growing some of the world's finest cotton. Even though, production has been on a steady downward decline since a high of 1.3 million acres in 1979. This year, only about 200,000 acres of California cotton are being cultivated.

The drop can be attributed to a number of factors, according to an article today in AgAlert about the repercussions for the cotton ginning industry. Nearly two-thirds of the cotton gins that operated in California 10 years ago have closed.

A long excerpt from a recent UC online seminar for dairy operators on suicide prevention was used in a lengthy segment about the plight of California dairies on the California Report this morning. The story, by Fresno NPR reporter Sasha Khokha, noted that the Los Angeles Times reported in May that two dairymen have committed suicide as dairy industry profits crash. Currently, dairy operators earn about half what it costs them to produce milk.

Much of Khokha's story was pulled from an emotional interview with Point Reyes dairy operator Joey Mendoza, whose immigrant...

The dire economic straits in which many California dairy operators find themselves have prompted UC Cooperative Extension to collaborate with other agencies to provide a suicide prevention online seminar, according to an article in Dairy Herd Management.