The article, which appears on the front page of the Times' website today, focused on Cal Poly Pomona, Fresno State and UC ag programs. State support for agricultural and natural resources at UC Berkeley, UC Davis and UC Riverside has dropped 15 to 20 percent in the last three years. At UC ANR, Dooley said, dozens of administrative and support positions have been eliminated, research has... 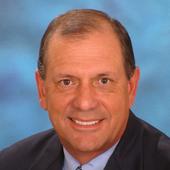 "People may not see the impact tomorrow but they will see long-term that not investing now means we’ll have more problems in the future,” said Beverly...

Vice President of UC Agriculture and Natural Resources Dan Dooley, speaking at the Farm Foundation Forum in Washington, D.C., last month, proposed a new direction for funding research and teaching in agriculture, according to an article in Lancaster Farming.

He pointed to the 1944 GI Bill, the National Defense Education Act of 1956, and the Higher Education Act and Pell Grants of 1965 as examples of earlier notable federal initiatives.

For the 21st century, Dooley suggested a “Food Security and Sustainability Act," which could lead to... 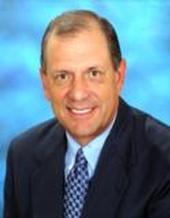 The main focus for the UC Division of Agriculture and Natural Resources in the coming year is beginning to rebuild, according to an article published today in AgAlert, the California Farm Bureau Federation's weekly newspaper.

The article, written by assistant editor Ching Lee, was based on information gathered directly from ANR vice president Dan Dooley.

The story says Dooley expects to be able to hire 20 to 30 new Cooperative Extension advisors and specialists in the coming year. The good news comes in the wake of major restructuring last year due...


Tags: budget (32), Dan Dooley (6)
Comments: 0
Dan Dooley makes the case for more advisors
Published on: August 27, 2010
Vice President Dan Dooley wants to grow the UC Cooperative Extension advisor ranks to 300, according to an article in Capital Press. Writer Tim Hearden reported on comments by Dooley and Don Klingborg, of ANR advocacy and county programs, that were shared at a Hat Creek, Calif., gathering of Farm Bureau and cattlemen's organizations.

"We really believe we've got to restore the capacities of our cooperative extension programs," Dooley was quoted in the story.