Eric Mussen with frame of bees. (Photo by Kathy Keatley Garvey)
DAVIS--Honey bee guru Eric Mussen, Extension apiculturist and member of the UC Davis Department of Entomology faculty since 1976, has received scores of awards during his career, and now he’s received one from his alma mater.

Mussen has been named the recipient of the 2013 Alexander Hodson Graduate Alumni Award from the University of Minnesota. He will receive the award at a ceremony on Thursday, May 30 in the Cargill Building on the St. Paul campus.

“Given this foundation, he was confronted with many new challenges regarding honey bee health and pollination concerns when he arrived at UC Davis in 1976,” said William Hutchison, professor and head of the Department of Entomology at the University of Minnesota. “Some 37 years later, he is still actively ‘tackling’ these new challenges--mites, diseases, and Africanized honey bees, to name a few--to enhance the pollination success of California's diverse agricultural cropping systems, with considerable emphasis on almonds. In brief, he is in demand, and he continues to be the primary source for objective information on honey bee health, and pollination in California.” Eric Mussen in the classroom. (Photo by Kathy Keatley Garvey)
Mussen, who plans to retire from UC Davis in June 2014, credits his grandfather with sparking his interest in insects. His grandfather, a self-taught naturalist, would take his young grandson to the woods to point out flora and fauna.

Eric Mussen, circa 1979
Considered by his peers as one of the most respected and influential professional apiculturists in the nation, Mussen was named the California Beekeeper of the Year in 2006, won the American Association of Professional Apiculturists’ Award of Excellence in Extension Apiculture in 2007, and in 2008  he received the Distinguished Achievement Award in Extension from the Pacific Branch of the Entomological Society of America. He received the statewide Pedro Ilic Outstanding Agricultural Educator Award in 2010.

Mussen, with four other colleagues, comprised the UC Davis Bee Team that won the 2013 team award from the Pacific Branch of the Entomological Society of America.

Mussen educates the beekeeping industry and general public with his bimonthly newsletter, from the UC Apiaries, which he launched in 1976. Since 1976, he has also written Bee Briefs, addressing such issues as diseases, pesticides and swarms. Both publications are on the UC Davis Department of Entomology.

Eric Mussen today
“Eric is a worldwide authority on honey bees, but no problem is too small and no question too involved for him to answer,” said Extension specialist Larry Godfrey of the UC Davis Department of Entomology, who nominated Mussen for the Pedro Illic award.  “He devotes his research and extension activities to the improvement of honey bee health and honey bee colony management practices. Eric helps growers, consumers, UC Farm Advisors, agricultural commissioners, scientists, beekeepers, researchers, pesticide regulators, 4-H’ers, and state and national agricultural and apicultural organizations. He ignites their interest in maintaining the health of bees, cultivates their friendship, and generously gives of his time and intellect.”

"With the decline of the honey bee population and the increase of the mysterious colony collapse disorder, his expertise is now more highly sought than ever,” Godfrey pointed out. “Any threat to honey bees is a threat to agriculture and a cause for his concern and a desire to assist. He is the only Extension Apiculturist in the UC system and in many regards, functions as the Extension entomologist for apiculture in the western U.S. and indeed, much of the country.”

Mussen, who is the UC Davis representative to the California State Apiary Board, offers input to the Department of Pesticide Regulation, particularly with the pesticide registration group

Mussen serves on various committees and task forces of state and national organizations, reviews numerous manuscripts for journals; reviews annual research proposals to the California State Beekeepers’ Association, the Almond Board of California, and the National Honey Board; reviews Small Business Innovation Research applications at the federal level; and is requested to comment on promotion evaluations for university and USDA researchers.

He was nominated by Marla Spivak, Distinguished McKnight University Professor of Apiculture (former recipient of the award), and Gary Reuter, apiculture technician, both with the University of Minnesota. Faculty and staff from UC Davis contributed to the nomination package.

The award memorializes Alexander C. Hodson, Department Head from 1960-1974 who died on March 13, 1966 at the age of 89. Hodson, born in Reading, Mass., received his master’s degree in 1931 and his doctorate in 1935 from the University of Minnesota. The Hodson Graduate Alumni Award was established in 1998 to recognize and honor outstanding alumni of the Department of Entomology. 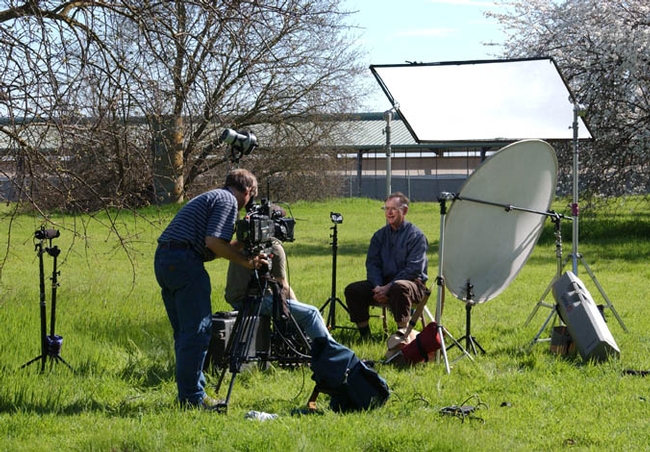