To be perfectly frank, anyone who takes a class from her is a lucky person  indeed.

Chancellor Larry Vanderhoef will present the award--one of 12--at a ceremony on Monday, April 6 in the Buehler Alumni and Visitors' Center.

Her major professor, Phil Ward, who nominated her for the award,  praised her “stellar teaching assistance” and her “exceptional commitment to science teaching and outreach in general.”

Lucky, who joined the Ward lab four years ago, served as his teaching assistant in a five-week field taxonomy and ecology course last summer at the Sagehen Creek Field Station, northern Sierra Nevada. The course, Entomology 109 and also known as "Bug Boot Camp," introduces students to the diversity of California insects in natural habitats.

Lucky interacted with the students 12 to 14 hours a day, from dawn at the breakfast table to late at night in the lab, six days a week, Ward said. “Entomology 109 is a demanding course for both students and teachers, yet Andrea was unfailingly upbeat, engaging and responsive to students. She was willing to assist in the lab, the field and even the kitchen when the situation demanded.”

“Andrea’s enthusiasm for the subject and her knowledge of the subject matter are a rare combination,” Ward said.  “She is dedicated to encouraging student participation and attentive to individual student learning styles, and as a result she is very effective in establishing a creative, hands-on, interactive learning environment. She is notable for her ability to engage students while encouraging a high level of intellectual rigor.”

Lucky uses novel, creative techniques to help students learn. She designed a freshman seminar course on “Insects and Media” and taught it for four years.  The seminar uses science, and especially insects, as portrayed by modern media as the basis for discussions about the facts behind the fiction and how audiences distinguish information vs. entertainment.

A native of Chicago, Andrea Lucky grew up in Cincinnati, graduated from Brown University in Providence, Rhode Island,  and then spent two years as a Fulbright scholar studying insects in Ecuador.

We're often asked "Where are the women in science who are making a difference?" Well, one of them is right here at the University of California, Davis. 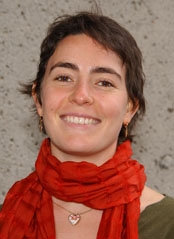 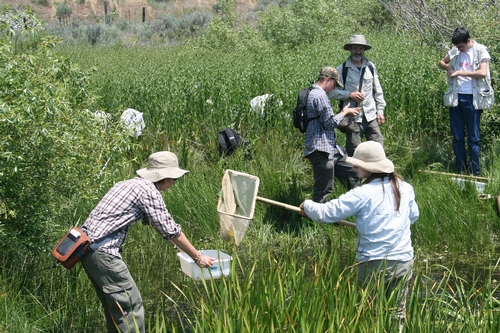