"The European paper wasp, which is about the same size (as the yellow jacket) but more slender, has built up to enormous numbers in some communities," said Lynn Kimsey, professor in the Department of Entomology at UC Davis. "They have been making their way out of the Sacramento area for the past 20 years."

Kimsey said the wasps have moved outward from Sacramento along river beds and water ways into the Sierra Nevada and along the delta toward San Francisco. In August, 345 wasp nests were removed in South Lake Tahoe.

Vernard Lewis, UCCE specialist in the Department of Environmental Science, Policy and Management at UC Berkeley, also contributed to the story.

"Where I normally eat my lunch is one of the biggest yellow jacket nests I've seen in years," Lewis said. "It's not just here. I'm getting reports from the Berkeley campus and from Richmond, Antioch and Rodeo. Something is up. It's not just yellow jackets. It's other pests, too, like cockroaches. It's the most I've seen in at least 10 or 15 years."

Fimrite added a link in his article to the UC Statewide IPM Program Pest Note on Yellowjackets and other social wasps. 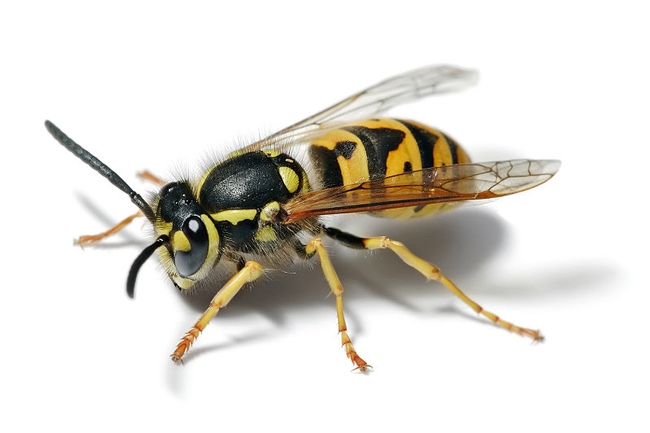 Yellow jackets, like the one above, are often confused with European paper wasps. (Photo: Wikimedia Commons)
Tags: Andrew Sutherland (2), European paper wasps (1), Lynn Kimsey (2), Vernard Lewis (1), yellow jackets (1)
Comments: 1
Comments:
by Andrew Mason Sutherland
on October 16, 2013 at 3:40 PM
I was misquoted in this ANR blog article. My comments to Mr. Fimrite were strictly about yellowjackets and their autumn behavior that results in interactions with humans. Here, directly from the article:

The flying predators switch to eating mostly carbohydrates in the late summer for energy, said Andrew Sutherland, the Bay Area pest management adviser for the University of California cooperative extension. That often translates to raiding soda cans at picnics and, as a consequence, the plunging of stingers into mouths and tongues.

"What happens now in late summer and fall is you have the largest density in the nest, so they are all foraging for sugar and carbohydrates," Sutherland said. "The search for sugar changes their behavior a little bit so they are more likely to come in contact with humans."

Mr. Fimrite was looking for alarmist quotes that would point to an increase in wasp activity that was out of the ordinary. My response was that these interactions naturally increase each late summer and autumn. I was unaware that paper wasps were part of the story.
Leave a Reply: