DAVIS--Cancer biology researcher Amy Rand, a postdoctoral researcher in the Bruce Hammock lab at the University of California, Davis. has been selected a fellow in the T32 Postdoctoral Training Program in Oncogenic Signals and Chromosome Biology.

“I will be looking at how metabolites of omega-3 fatty acids can protect against cancer,” Rand said. “A previous researcher in the Hammock lab was the first to find a specific metabolite that inhibited the formation of blood vessels which then suppressed the formation and spread of tumors. I aim to further explore the specific mechanism that links omega-3 fatty acid metabolism and their anti-cancer activity.”

“Omega-3 fatty acids are increasingly being used as dietary supplements, and are marketed for their many beneficial health effects,” she said, in explaining the significance of the project. “This research will help us to further clarify the specific relationship between the dietary exposure to and metabolism of omega-3 fatty acids and their role in the regulation of certain cancers.”

Wolf-Dietrich Heyer, professor and chair of the Department of Microbiology and  Molecular Genetics and director of the T32 Training Grant in Oncogenic Signals and Chromosome Biology, praised Rand for her excellent qualifications, research plan and presentation. "We are confident that your postdoctoral studies in Dr. Hammock's laboratory will lead to significant new insights in cancer biology."

Her future goals? “I have a growing interest in research that lies at the interface between chemistry and biology. Becoming an academic researcher is something I would love to pursue; it would be a fantastic opportunity to explore the relationship between the dietary exposure and metabolism of chemical substances and their corresponding biological activity.”

Long interested in a scientific career, Rand said she's had several inspiring teachers, who played “a big role in my developed interest in the sciences. Becoming a scientist was attractive to me because you use a combination of critical thinking, observation, creativity, and patience to answer important questions. It's very satisfying to work hard at accomplishing a piece of the research puzzle, and then communicating the story that surrounds its significance.”

Rand, from Halifax, Nova Scotia, received bachelor degrees in music and chemistry from Mount Allison University, New Brunswick, in 2007 and her doctorate in environmental chemistry from the University of Toronto in 2013. 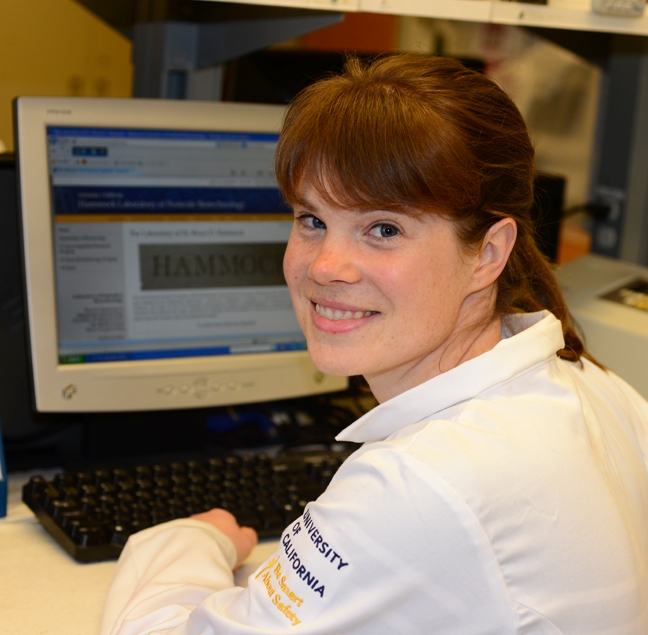