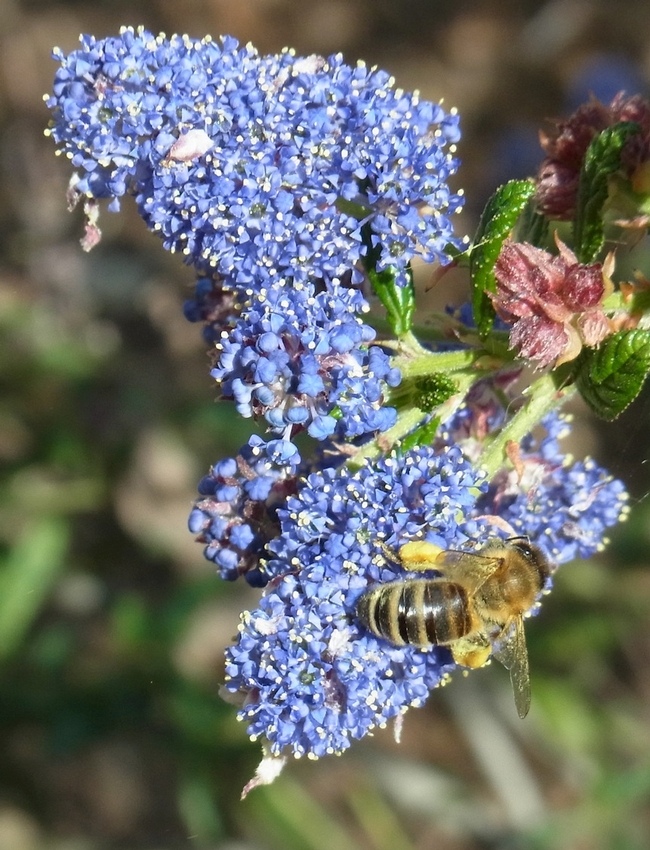 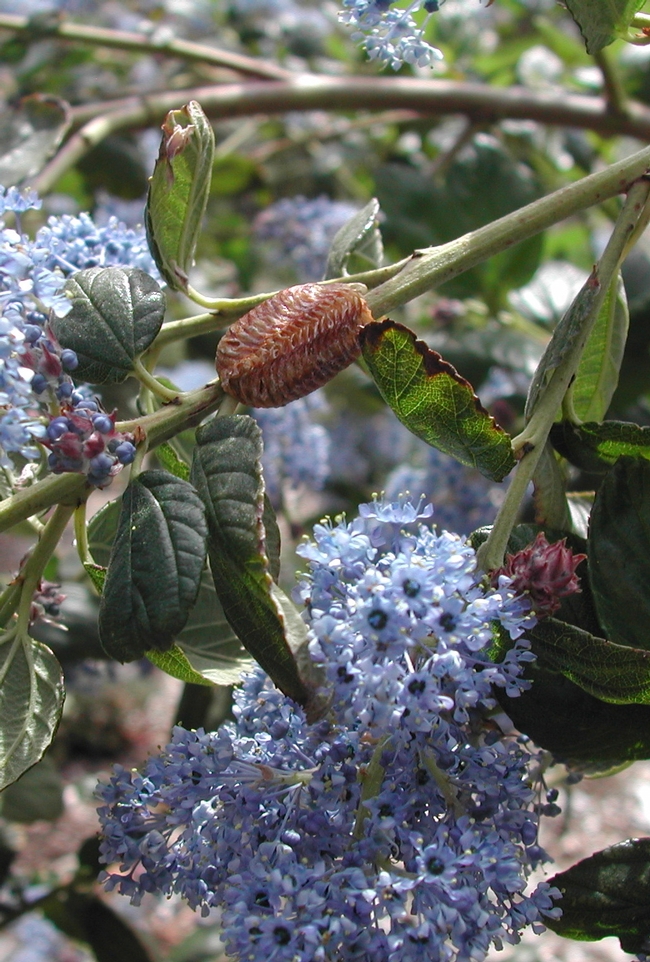 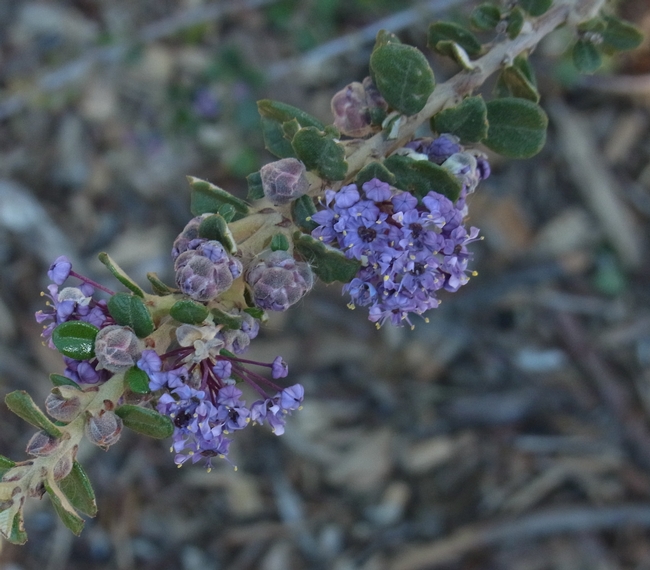 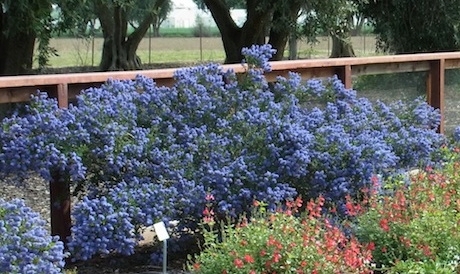 Ceanothus 'Concha' in full bloom last April in the Haven
Tags: bee gardening (34), ceanothus (3)
Comments: 2
Comments:
by Andrew fuller
on July 25, 2018 at 10:53 AM
Hi there,
Can any one please tell me what the best one is for bees and lots of flower,
I am thinking about putting one on the side of the fence south facing am looking for large flower one for the bees i live in the united kingdom and we do sell them here,
Also if i got one could i take cuttings from them to grow on.
Kind regards
Andrew fuller
Reply by Christine Casey
on July 25, 2018 at 11:15 AM
Andrew,
We grow seven different California native ceanothus species in the Haven and I can't say that I've noticed that one is significantly better than the other for bees.

I'm aware that many UK gardens include ceanothus, but I'm not familiar with which species do best in your climate. I'd suggest consulting with a local garden center for advice. We also grow 'Topaz' in the Honey Bee Haven. It's a hybrid of California species and an eastern US species. It should do well in the UK as it needs more water than our California species.
Leave a Reply:

Is Your Garden Getting its Maximum Bees Per Gallon?
August 26, 2021