Just before noon today, we watched a green praying mantis lurking in the African blue basil, like a camouflaged soldier ready to ambush the enemy. His eyes remain focused on a single honey bee gathering nectar for her colony. She is moving slowly but methodically, buzzing from one blossom to another.

The predator and the prey. An epic battle. A battle that's been waging for millions of years.

The honey bee keeps nectaring. The praying mantis keeps watching. He is not admiring her nectaring skills. He is seeking a bee breakfast like the one he had yesterday.

Suddenly, with one swift leap, the praying mantis snares and traps the honey bee in his spiked forelegs. The bee struggles to escape but the mantis tightens his grip with his needlelike vise.

The bee will not be returning to her hive tonight.

It is. A male leafcutter bee is dive-bombing the predator. Is he trying to protect his cousin, the honey bee, or just being territorial? At any rate, he is a double blur as he dive-bombs from above, targeting the predator and then pulling up to do it again. Five passes. Some near misses, some near body slams. Some passes are so close that their antennae touch.

The praying mantis glances at the leafcutter bee and continues eating, somewhat like the Carl Jr. commercial, "Don't bother me, I'm eating." 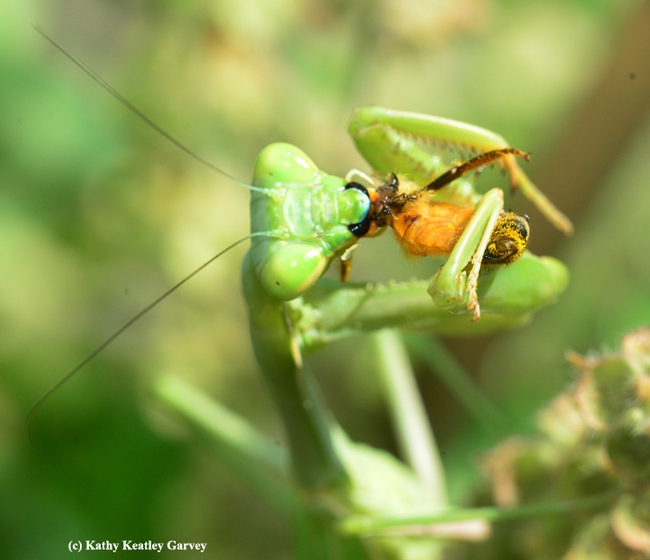 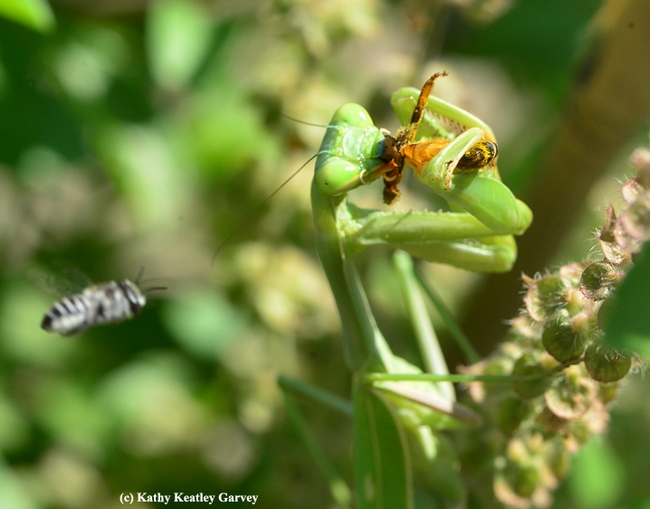 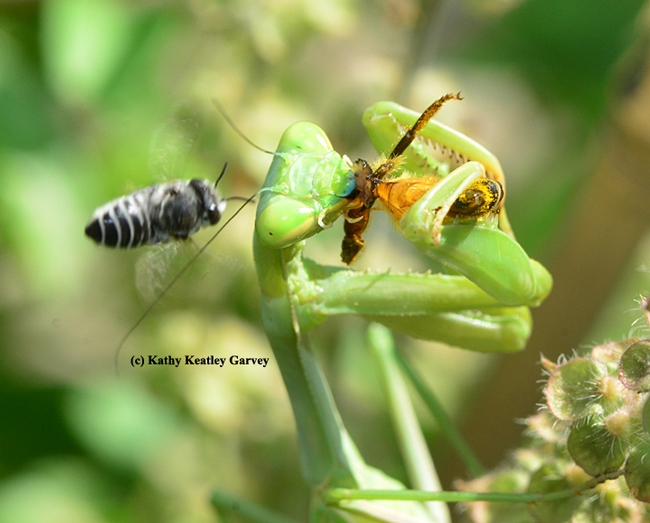 The leafcutter bee nearly slams into the mantis. (Photo by Kathy Keatley Garvey) 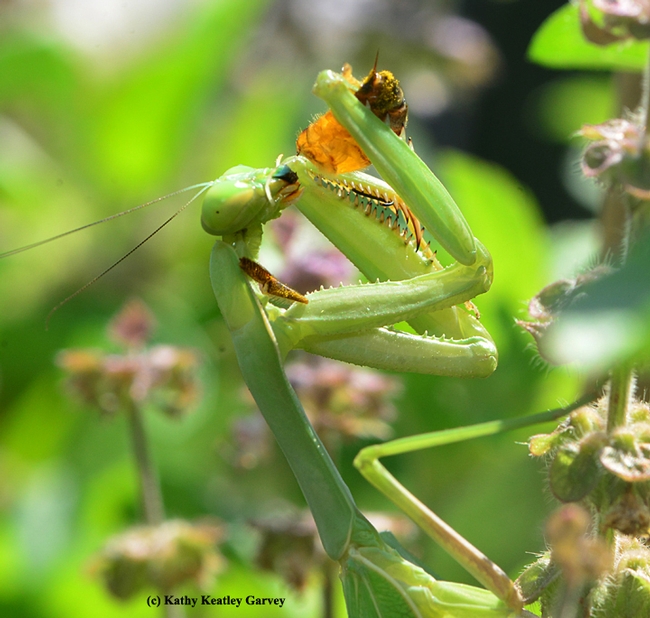 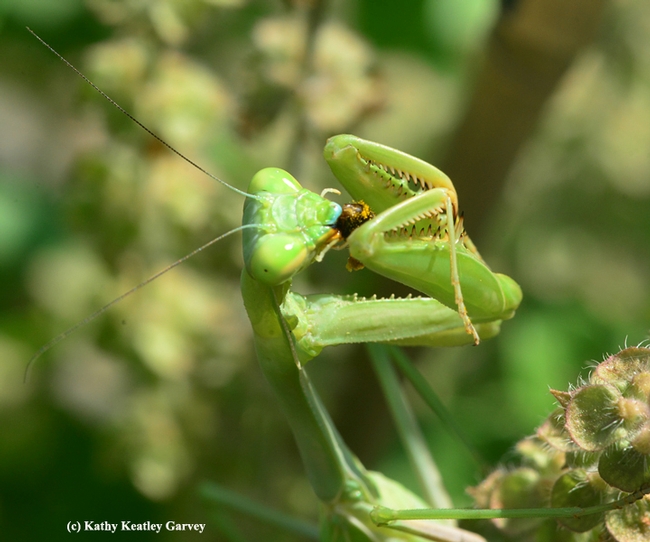 The praying mantis polishes off the last morsel. (Photo by Kathy Keatley Garvey)
Tags: honey bee (209), leafcutter bee (10), praying mantis (105)
Comments: 3
Comments:
by Yvonne Savio
on September 2, 2014 at 2:41 PM
Such drama! Great photos!
by Kathy Keatley Garvey
on September 2, 2014 at 5:18 PM
Thank you!
by Cristofer
on September 5, 2014 at 2:15 AM
This is a really good read for me. Must admit that this is one of the coolest blogs I have ever seen. Thanks for posting informative articles.
Leave a Reply: