James F. Campbell
Research entomologist James F. Campbell, who received his doctoral in entomology from the University of California, Davis, will be honored with a special recognition award at the Entomological Society of America's 62nd annual meeting, to be held Nov. 16-19 in Portland, Ore.

The award, sponsored by Syngenta Crop Protection, recognizes entomologists who are making significant contributions to agriculture.

He received two degrees from Rutgers University, the State University of New Jersey: his bachelor's degree in biology in 1988 and master's degree in entomology in 1994. He went on to enroll in the UC Davis graduate program, obtaining his doctorate in 1999. His major professor was Harry Kaya, now emeritus professor of entomology and nematology.

Campbell joined USDA-ARS in 1999 and since then has conducted research focused on the spatial distribution and movement patterns of stored-product insects in food facility landscapes, improving the implementation and interpretation of insect monitoring programs, and determining the impact of different management tactics on pest populations within commercial food facilities.

Campbell honored his major professor during the Harry Kaya Tribute Seminar at the 2011 ESA meeting in Reno. 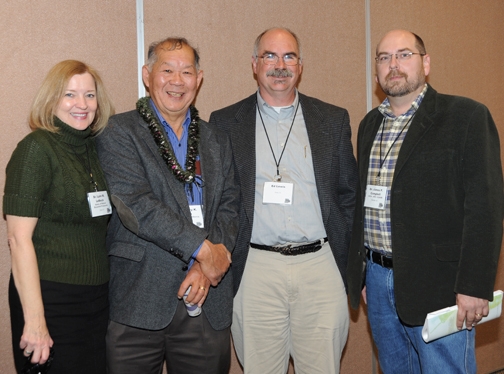