Bug Squad
sitenum=63
Happenings in the insect world
'Insects Unlocked': How You Can Make It Happen Alex Wild (Photo by Jo-Anne Holley)
If you've ever wanted free access to incredible macro images of insects and spiders, this is it.

Images of arthropods in the public domain that you can download.

Noted insect photographer/entomologist Alex Wild, curator of entomology for the Biodiversity Collections, University of Texas at Austin, has launched the "Insects Unlocked" Project, aiming for $8000 over a month-long campaign.

Wild, who received his doctorate in entomology in 2005 from the University of California, Davis, is a professional insect photographer extraordinaire. And, under his mentorship, a team of students in UT's Insect Image Lab "will learn the art and artistry of digital microphotography while capturing images of Texas's smallest wildlife," he explains. They will "create thousands of beautiful, unique, and informative visual works for release into the public domain. The resulting image collection will be open for anyone to use, free of the constraints of traditional copyright."

"Where can you use Insects Unlocked's images?" he asks. "Anywhere you'd like! Web pages, magazine covers, books, billboards, blogs, t-shirts, scientific papers, apps, social media, coffee mug designs, classroom presentations, Wikipedia, and more. Ours are public works and can be used for anything, including commercialization, without the need for advance permission or even credit."

Today he posted on his Facebook page: "I am pleased to report that the Insects Unlocked project to crowd-fund public domain arthropod images is more than 60% funded, not even a week into a month-long campaign. Your support has been generous and unexpected--thanks so much! To celebrate, over the weekend I created some new public domain images for the project, including this 60 image focus-stack of a Brachygastra mellifica Mexican honey wasp (see below). If you'd like to support more images like this, consider contributing at the link: https://hornraiser.utexas.edu/proj…/54e79bbc14bdf7205ddd5ab7

Basically, donations to the program will support several undergraduate students as they learn the UT imaging system and receive training in scientific imaging, entomology, and outreach. As Wild says, "Donations will also improve our processing computers, add cameras and lighting rigs for field use, and offset the costs of web hosting. Our team will start in the summer of 2015, using the 2015-16 academic cycle as a pilot while we evaluate the feasibility of a long term publicly-funded program."

How many images will be in the public domain? "The amount and type of images we produce is proportional to the level of support we receive," Wild says. "Our image lab is located inside the UT insect collection, and we begin with high-magnification captures of curated material, as well as live field photography at the adjoining Brackenridge Field Laboratory. Should we exceed our funding goal, the Insects Unlocked team may be able to mount expeditions to diverse parts of Texas to photograph and video more live insect behavior in the field.

Wild, who studied with major professor/ant specialist Phil Ward at UC Davis, captures amazing images of insects. His work has been published in scientific journals, books, magazines, and newspapers, including the New York Times, National Geographic and Scientific American. He returned to the UC Davis campus in October 2011 to deliver a presentation on "How to Take Better Insect Photographs." His presentation is the most popular of all the UCTV seminar videos posted by the UC Davis Department of Entomology and Nematology. Watch it online.

Wild is enjoying his new position as curator. The collection contains about 500,000 pinned and 500,000 ethanol specimens. "We have one of the world's largest collections of cave arthropods," he said.

Alex Wild appreciates the generosity of the 75 donors (as of today). But he, too, is generous--exceedingly generous!--with his time and talents that will benefit us all. 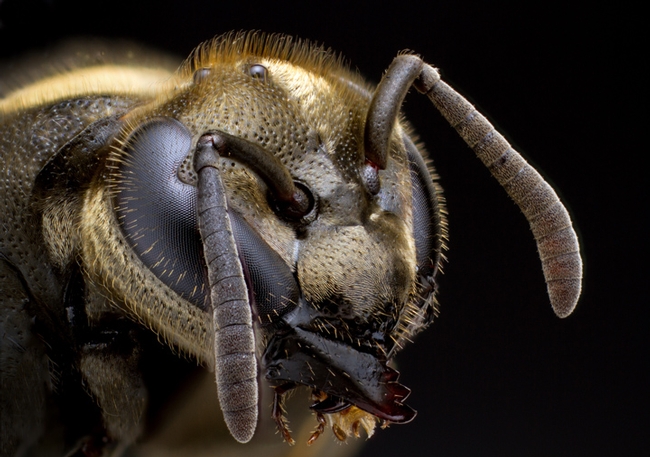 Alex Wild's portrait of a Mexican honey wasp, San Antonio, Texas. This public domain image is among the images in the newly launched "Insects Unlocked" Project. Donations are being accepted to make it all happen. 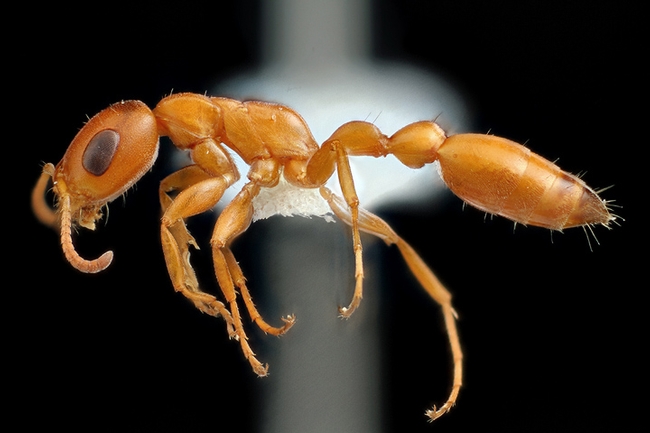 Alex Wild's image of a Californian Pseudomyrmex twig ant. This is one of the images in "Insects Unlocked." 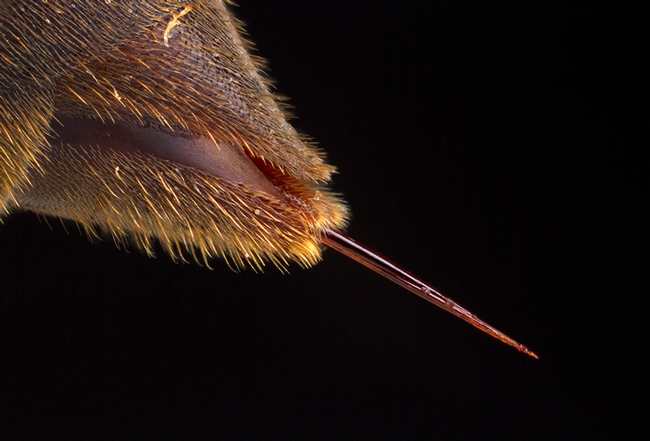