If you want to learn about malaria and the exciting new research underway, be sure to set aside Friday, April 24.

It's the fourth annual Bay Area World Malaria Day Symposium, co-hosted by the University of California, Davis, and Zagaya, a non-profit organization that envisions a malaria-free world.

The event, open to the public, will take place from 8 a.m. to 4 p.m.  on the Clark Kerr campus, University of California, Berkeley. Keynote speaker is Patrick Duffy, chief of the National Institutes of Health's Laboratory of Malaria Immunology and Vaccinology. Duffy is an internationally recognized expert in human malaria pathogenesis, malaria in pregnancy, and malaria vaccine development. He has published more than 100 papers on malaria over his nearly 25-year career.

Malaria is a life-threatening disease caused by parasites, which are transmitted  through the bites of infected mosquitoes.  The statistics continue to be alarming. The World Health Organization (WHO) estimated last December 2014 that about 198 million cases of malaria occurred in 2013. Every minute a child in Africa dies from malaria.  WHO estimated that malaria deaths in 2013 totaled 584,000 deaths worldwide. However, malaria mortality rates among children in Africa has dropped an estimated 58 percent since 2000, thanks to increased malaria prevention and control measures. Shirley Luckhart, UC Davis host and speaker
Among the speakers at the Bay Area World Malaria Day Symposium will be UC Davis co-host and molecular biologist Shirley Luckhart, professor in the Department of Medical Microbiology and Immunology School of Medicine, and co-director of the Center for Vector-borne Diseases (CVEC). She will discuss the center's vision as well as new strategic initiatives and partnerships. Luckhart and epidemiologist Janet Foley of the UC Davis School of Veterinary Medicine were named co-directors of CVEC last year.

In addition, members of the Luckhart lab, including Jose Pietri, Lizzy Glennon, Lattha Souvannaseng, and Nazzy Pakpour, will present their research at the meeting.

"The event will provide significant opportunities for networking for our trainees and for spending a day thinking about we can make a difference to eliminating one the greatest global health crises of our time," Luckhart said.

Other UC Davis campus faculty attending the meeting will include Renee Tsolis of the Department of Medical Microbiology and Immunology, UC Davis School of Medicine, and her lab; and Koen Van Rompay, director of the Diagnostics Laboratory, California National Primate Research Center, UC Davis.

The daylong event will conclude with a gala reception hosted by the Program for Appropriate Technology in Health (PATH), a global public health non-profit founded in 1977 with significant interests in malaria and more than 1200 employees in 30 offices across the world.

The symposium is open to the public, and registration is underway. See Bay Area World Malaria Day Symposium. General admission is $50, and student admission (with identification) is $25. Registration includes breakfast and lunch. In addition, attendees are invited to donate funds for bednets in Africa. The donations will go to Nothing But Nets, one of the World Malaria Day partners. 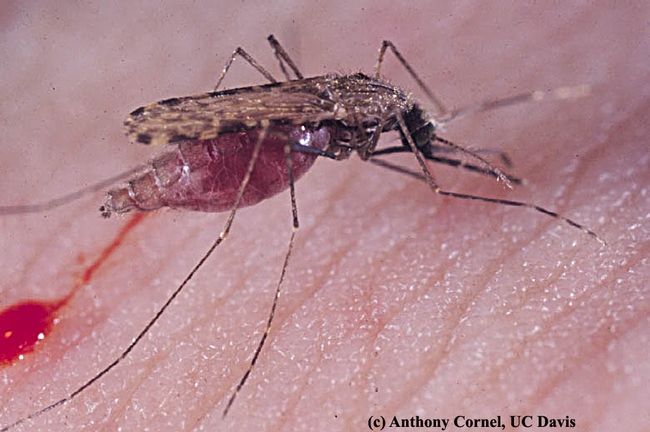