European grapevine pest pops up in Napa County
Published on: October 22, 2009
To the profound dismay of California's winegrape growers, the European grapevine moth has somehow traveled from its home in Southern Europe, North Africa, Anatolia and the Caucasus to take up residence in famed Napa County. It is the pest's first appearance in the United States.

San Joaquin Valley farmers are casting a weary eye up north hoping the new pest doesn't make its way into their vast acreage of wine, table and raisin grapes, according to a story in yesterday's Fresno Bee.

Daane said that European grapevine moth doesn't invoke the dread in farmers of invasive pests known to transmit plant diseases, but its establishment in California could throw a monkey wrench in carefully nuanced biological control regimes and increase the cost of vineyard pest control.

"The wine industry here does not need another pest to deal with," Napa County agricultural commissioner was quoted in the Napa Valley Register last week.

The moth larvae feed on grape bunches, ruining berries and contributing to mold. It is also a pest of olives, blackberries, cherries, nectarines, persimmons and pomegranates.

"We started an investigation as more growers started reporting more of it," Cooper was quoted.

CDFA, USDA and agricultural commissioners in Napa and neighboring counties are setting out traps to determine the extent of the pest's infestation. 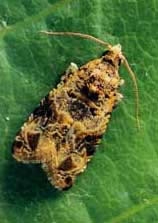