Bug Squad
sitenum=63
Happenings in the insect world
Hurrah for the Red, White and Blue! (And Other Colors, Too) Samuel Davidson Laughlin
Hurrah for the Red, White and Blue!

When I think of Veterans' Day, I think of all my ancestors, from the Revolutionary  War on down, who answered our country's call for service. I think of my great-grandfather, Samuel Davidson Laughlin, a color bearer in the Civil War who carried the American flag for the Union Army in  three of the bloodiest battles of the Civil War:  the Battle of Lookout Mountain, and the battles of Chicamauga and Chattanooga. The 6'3" farm boy from Linn, Mo. towered over his fellow soldiers. Height, as well as strength and courage, determined who carried the flags. It was an honor accorded to only a few.

Samuel Davidson Laughlin survived the Civil War but not the wrath of mosquitoes, which targeted him at the Siege of Vicksburg. "He caught malaria in the Yazoo swamps of the Yazoo River," his youngest daughter Esther would recount. "He said they'd spread their blankets and they'd be lying in the water in the morning. The only way they could keep out of the water was to throw fence rails down and put their blankets on top of that. That's where he picked up malaria. There was no sanitation whatsoever, and of course, they had to use the water there for drinking."

Fast forward to today. When we set up two American flags on our front porch this morning, we paid tribute to all the Samuel Davidson Laughlins, past, present and future.  The men. The women. The children. Those who came before us and those who will come after us.

And we thought of this 18-year-old farm boy turned color bearer who hoisted the Red, White and Blue high over the heads of his fellow soldiers.

But, by chance, did he see other colors, too, outside the battlefield? Like the colors of a monarch butterfly fluttering over the  war-ravaged landscape? A little serenity in all that insanity? A little hope in all that despair? A little glee in all that grief? 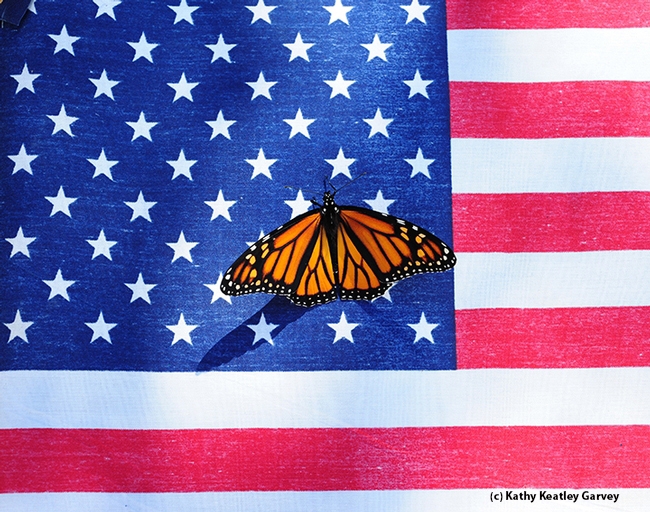 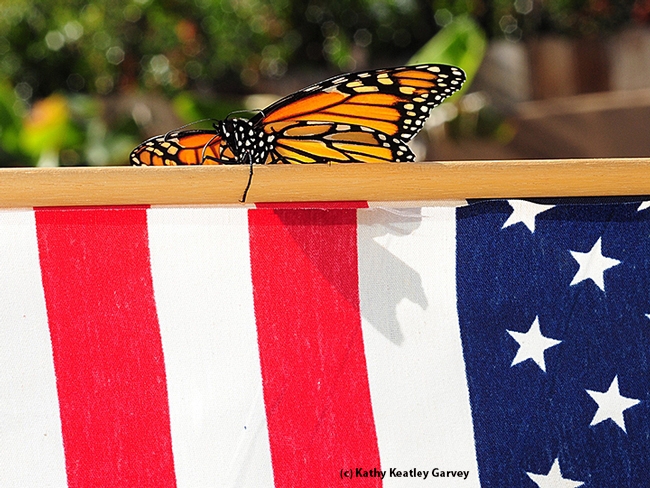