The monarch butterflies roosting in an ash tree at the 14th disc golf course hole at the Berkeley Aquatic Park, 80 Bolivar Drive, Berkeley, seem to like it there.

They've been there since mid-November.

We drove to the park on Monday, Nov. 30, an overcast day, to admire them again and try to capture some images without sun or shadows.

They're hanging like dead leaves, and once in a while you'll see a glitter of orange as they seek better positions. On a sunny day, they'll break the cluster and fly around.

Meanwhile, folks are driving from miles around to see them. This is the first time the monarchs have roosted in the Berkeley Aquatic Park, according to Art Shapiro, distinguished professor of evolution and ecology at the University of California, Davis. He has monitored the butterfly populations of central California for more than four decades and posts research information on his website.

Shapiro says that the "roosts that far north are often abandoned if the weather turns foul; we'll see if they persist."

So the status report is this: 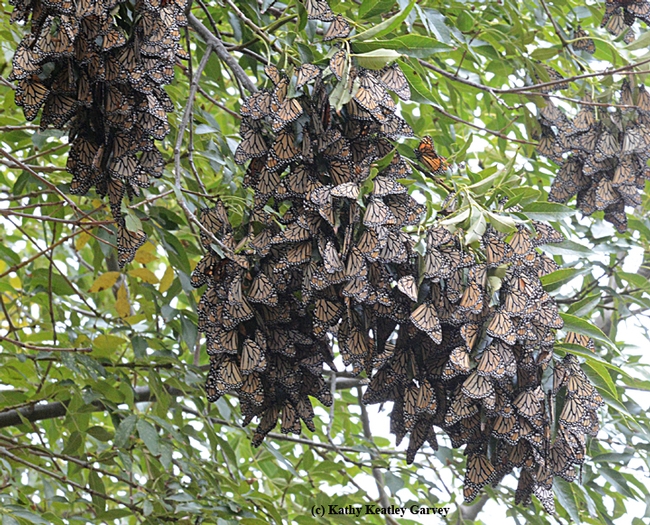 Monarchs roosting in an ash tree at the Berkeley Aquatic Park. (Photo by Kathy Keatley Garvey) 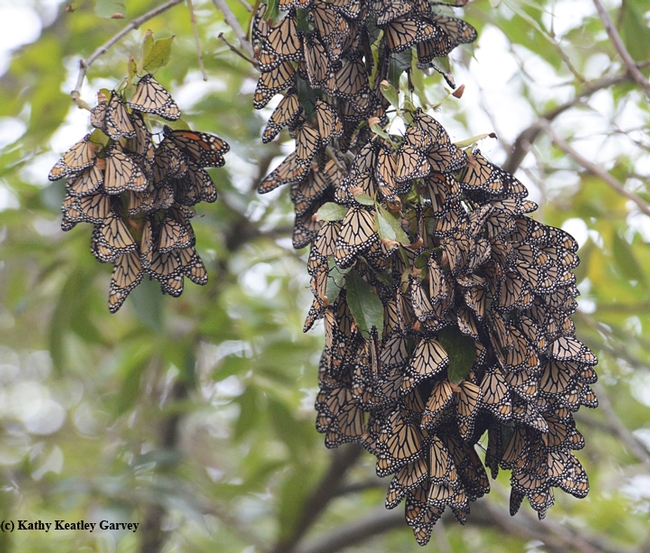