So when Yves Le Conte, director of the French National Institute for Agricultural Research, Paris, toured the UC Davis campus prior to his keynote speech at the second annual Bee Symposium, "Bonjour" was not only a greeting, but a very good day.

Escorted by journalist/master beekeeper Mea McNeil of San Anselmo, he first enjoyed a luncheon catered by McNeil at the Laidlaw facility; toured the Bohart Museum, home of nearly eight million insect specimens; and then visited the honey bee garden, a half-acre bee garden located next to the Laidlaw facility on Bee Biology Road.

McNeil, who profiled him in a bee journal, described him as not only a rigorous scientist, but a warm, caring person. "It was his curiosity about mites that led him to make discoveries about bee pheromones that have substantially changed the understanding of bee behavior," she said. "A good deal of cross pollination took place as he met members of the UC Davis entomology community, and he relished a visit to the Bohart Museum."

Le Conte, known throughout Europe for his varroa mite research and the effects on honey bees, spoke on “Honey Bees That Survive Varroa Mite in the World: What We Can Learn from the French Bees.”

He related that the parasitic varroa mite, "a major pest for beekeepers," arrived in France in 1982, and that untreated colonies died after two or three years. Resistance of the honey bee to the mite is crucial for bees' survival, he said.  He and fellow scientists are studying varroa-resistant bees. "We go to beekeepers and say 'Give me a piece of the wing of your queen--we want to study the DNA to select for (varroa) resistance," he said. 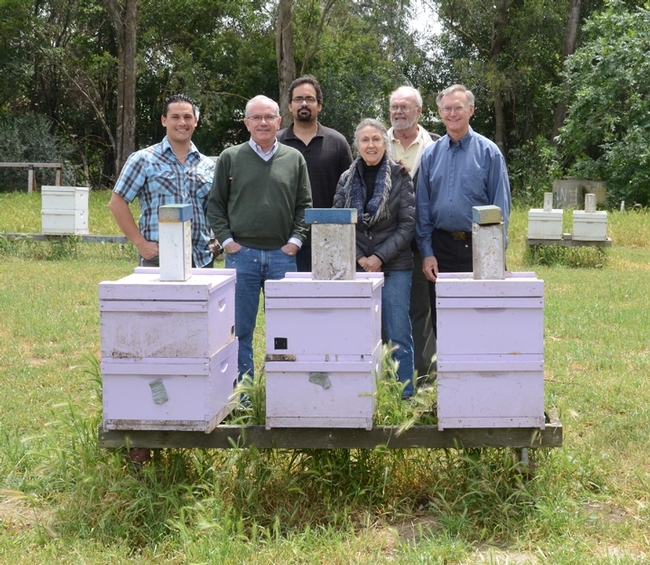 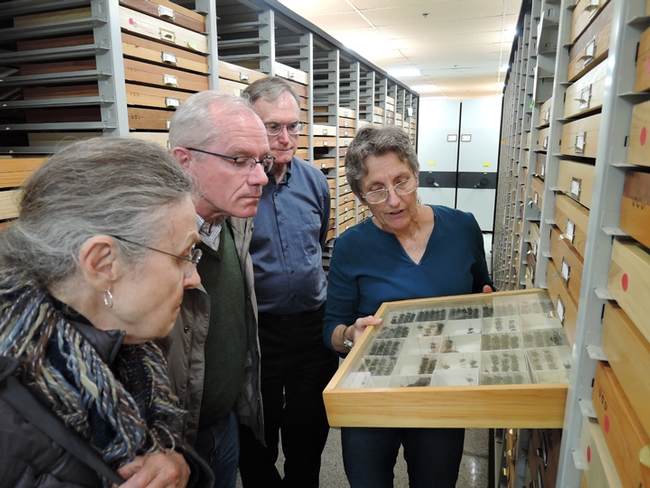 At the Bohart: From left are Mea McNeil, Yves Le Conte, Eric Mussen and Lynn Kimsey, director of the Bohart Museum of Entomology. (Photo by Kathy Keatley Garvey) 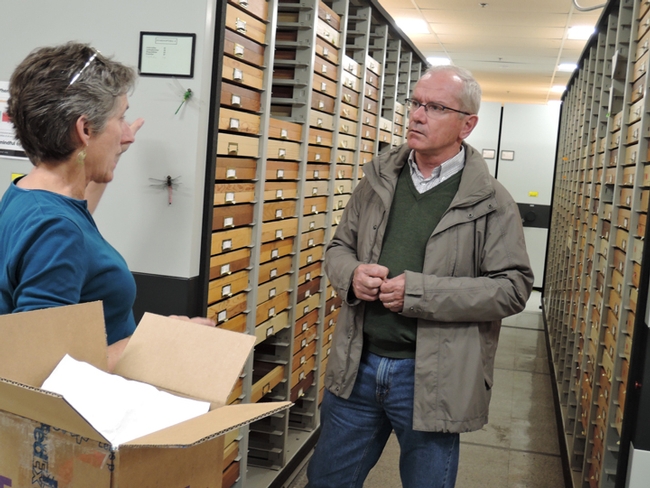 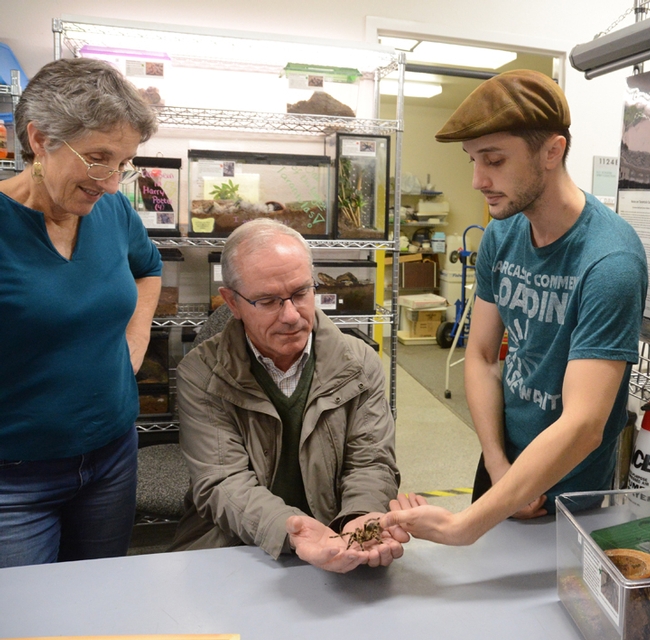 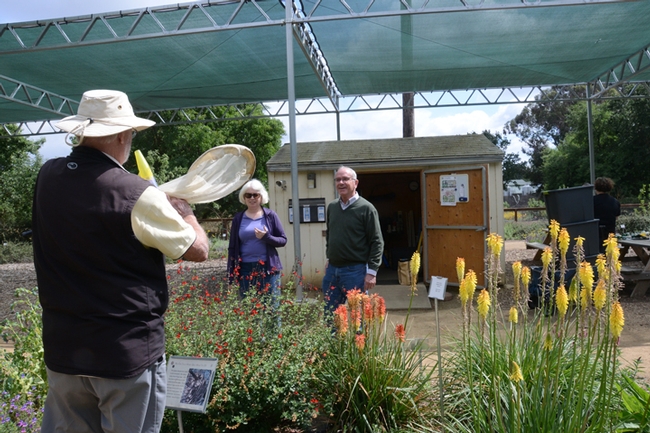 Robbin Thorp, distinguished professor of entomology at UC Davis, shows Yves Le Conte the device that he uses to catch and release bees in the Häagen-Dazs Honey Bee Haven. At left is Christine Casey, staff director of the haven. (Photo by Kathy Keatley Garvey) 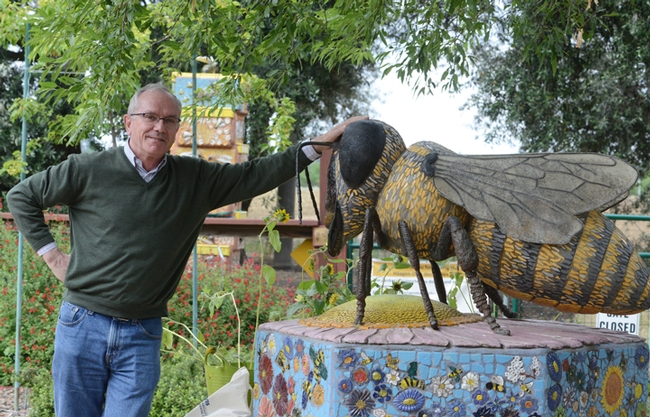 Yves Le Conte stands next to the six-foot-long ceramic mosaic bee sculpture that anchors the Häagen-Dazs Honey Bee Haven. It is the work of artist Donna Billick. (Photo by Kathy Keatley Garvey) 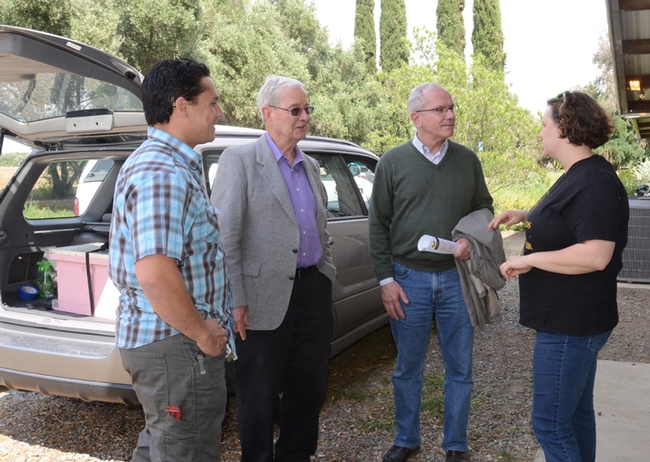