Two of the department's exhibits are in the running for special awards at the 103rd annual UC Davis Picnic Day, set Saturday, April 22. One is “Honey Tasting” at Briggs Hall, and the other is “Bigger, Better, Buglier: Impressive Science” at the Bohart Museum of Entomology.

“Honey Tasting" will feature a selection of varietal honeys in a display that's the work of Extension apiculturist Elina Niño and colleagues at the Harry H. Laidlaw Jr. Honey Bee Facility.

"We will have the crowd favorites: coffee blossom, sweet meadowfoam, as well as some classics such as orange blossom and blackberry blossom and the 'love-it-or-hate-it' buckwheat honey," Niño said. "This year we will also be featuring our own 2016 crop of UC Davis honey from the apiculture program." The exhibit is one of six competing for awards in the category, "Hunger Fix.”

“Bigger, Better, Buglier: Impressive Science” from the Bohart Museum  is one of six entered in "Secrets of Nature." The insect museum, directed by Lynn Kimsey, professor of entomology at UC Davis, is located in Room 1124 of the Academic Surge Building on Crocker Lane. It is the  home of nearly 8 million insect specimens, plus a live petting zoo (Madagascar hissing cockroaches, walking sticks and taranatulas) and a year-around gift shop that includes T-shirts, sweatshirts, books, jewelry, posters, insect-collecting equipment and insect-themed candy.

The way it works: Picnic Day attendees vote for their favorite exhibits. Winning exhibits will be featured on social media pages such as Picnic Day website, Facebook, Twitter, Instagram, and Snapchat accounts after Picnic Day. They will also be featured next year, in preparation for Picnic Day 2018.

The nematology collection will be on display in the Sciences Laboratory Building, across from Briggs.

Theme of this year's campuswide Picnic Day is "Growing Together." The event gets underway at  9:30 a.m. with an opening ceremony by the grandstands on North Quad Ave., across from Wickson Hall. The parade starts at 10 a.m. from the same site. Announcement locations are at 2nd and D streets in downtown Davis; F Street in front of PDQ Fingerprinting, and 3rd and C streets in downtown Davis. The UC Davis Entomology Club, advised by forensic entomologist Bob Kimsey, will enter its popular black widow float.

The schedule can be downloaded from the campus website. 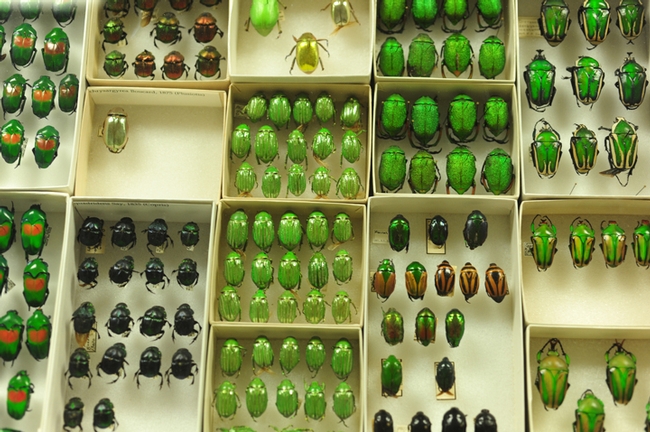 How green are the insect specimens at the Bohart Museum of Entomology. (Photo by Kathy Keatley Garvey) 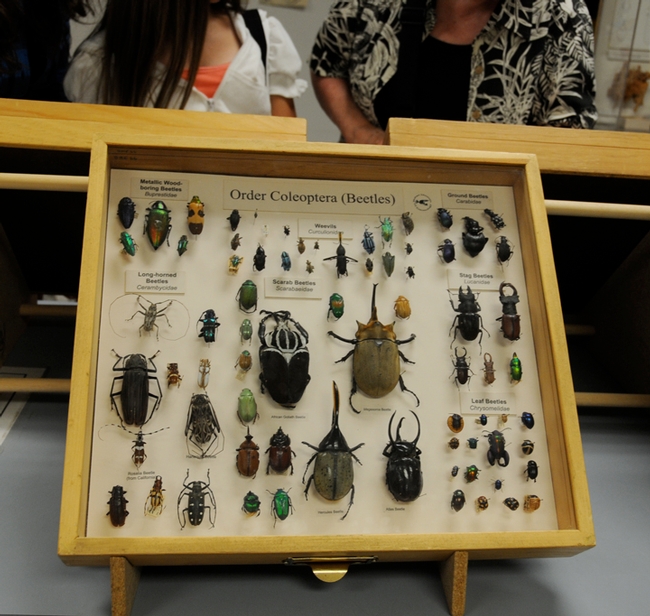 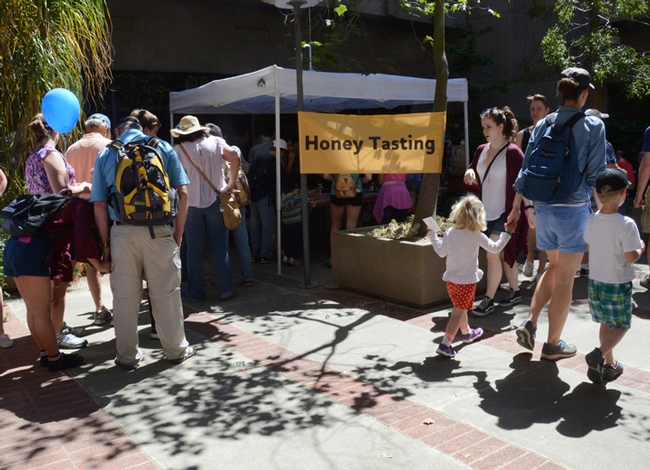 "Honey Tasting" at Briggs Hall will be one of the exhibits in the running for a special award at UC Davis Picnic Day. (Photo by Kathy Keatley Garvey) 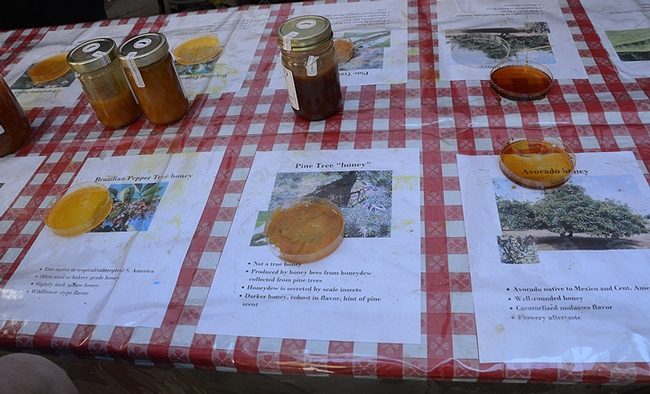