Professor Lynn Kimsey (right) answers questions from students on an insect-collecting trip. (Photo by Kathy Keatley Garvey)
DAVIS--The new insect-collecting permit rules proposed by the California Department of Fish and Wildlife (CDFW) are not only “onerous and obtrusive” but will “obstruct the scientific work of researchers and teachers.”

So says entomologist Lynn Kimsey, director of the Bohart Museum of Entomology and professor of entomology at the University of California, Davis. “They amount to a mind-boggling, data-clogging nightmare.”

The permit information is posted online at: https://www.wildlife.ca.gov/Licensing/Scientific-Collecting.

Editor's Note:  Not many people, apparently, were aware of this or that  "All written comments must be received by the Department via mail or email no later than 5:00 p.m., May 8, 2017, as outlined in the Notice."  Comments are continuing. (https://www.wildlife.ca.gov/Notices/Regulations/SCP) 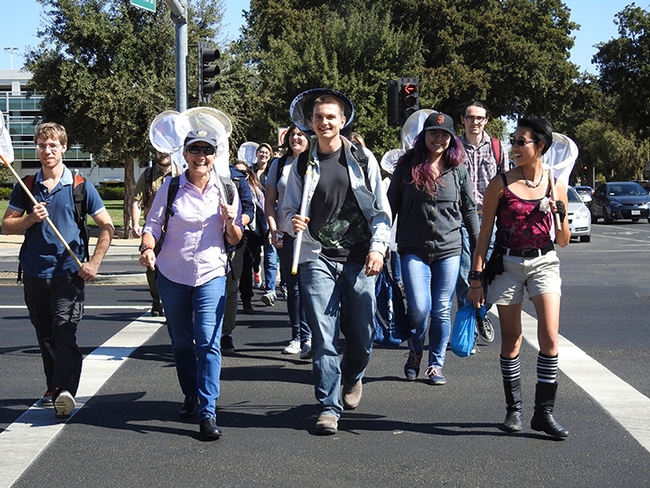 Professor Lynn Kimsey (second from left), UC Davis Department of Entomology and Nematology, takes one of her classes on an insect-collecting trip on the UC Davis campus. (Photo by Kathy Keatley Garvey) 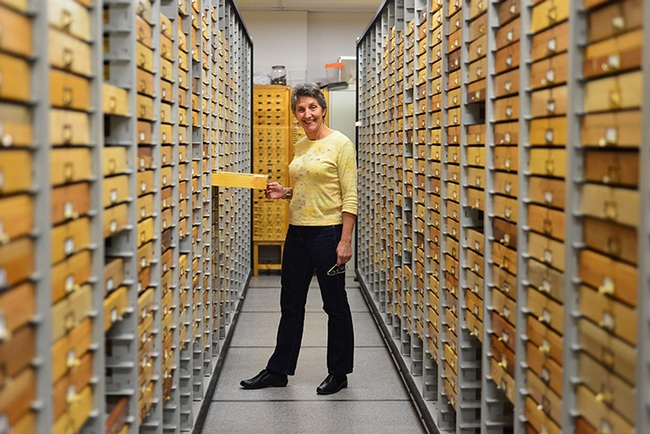