Bruce Hammock, distinguished professor at the University of California, Davis, who holds a joint appointment with the Department of Entomology and Nematology and the UC Davis Comprehensive Cancer Center, annually hosts a water balloon battle for his lab members and staff.

It amounts to 15 minutes of aim (not fame) and it takes place on the Briggs Hall lawn, off Kleiber Hall Drive. Only 15 minutes? That's how fast the water warriors can toss 2000 water balloons.

They will fill 2000 water balloons, place them in plastic tubs, and at 3 p.m., they begin. But just when you think it's all over, it's not. Any water remaining in the buckets will be splashed on unsuspecting water warriors.

Hammock launched the annual event in 2003 as a form of camaraderie and as a means of rewarding the lab members for their hard work. Other professors and their labs are invited to join in.

After the 15 minutes of aim, it's clean-up time. The water warriors leave refreshed (especially in triple-digit temperatures) and the thirsty lawn isn't as thirsty. 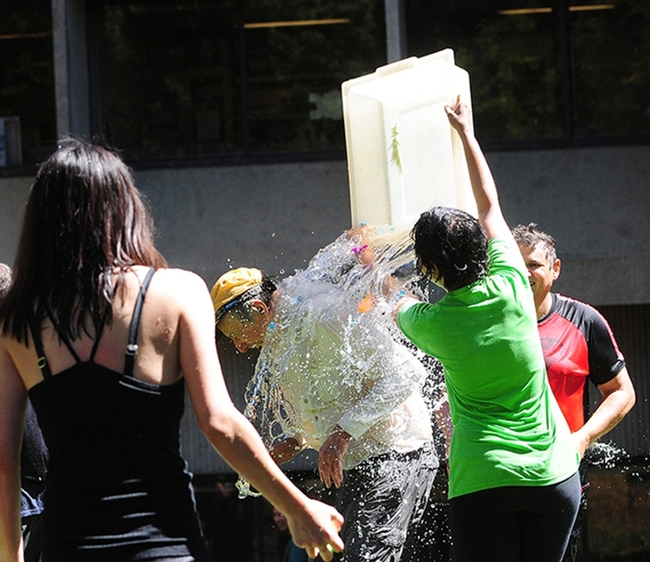 Distinguished professor Bruce Hammock, who holds a joint appointment with the UC Davis Department of Entomology and Nematology and the UC Davis Comprehensive Cancer Center, gets drenched. (Photo by Kathy Keatley Garvey) 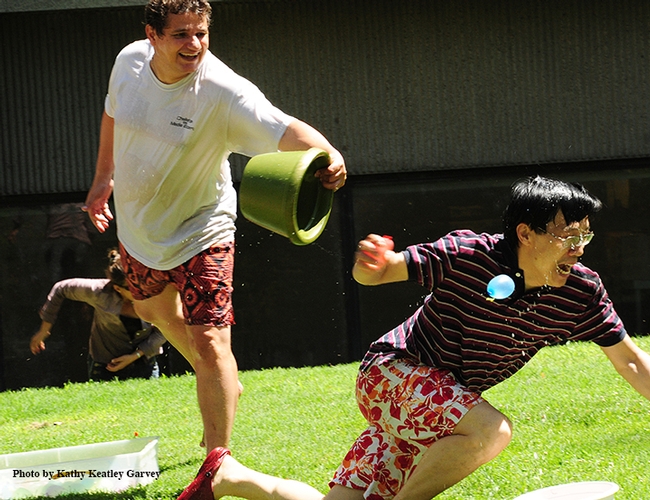