Reddish sun, smoke-choked sky on the afternoon of Oct. 10 in Vacaville, Calif. (Photo by Kathy Keatley Garvey)
As those horrendous wild fires continue to rage throughout California, as Cal Fire helicopters roar over, as residents scramble from their homes,  as smoke thickens the air, and as ashes flutter down like feathers, it's difficult to think about insects for a Bug Squad blog.

Our hearts are with the victims and what we can do to help.

But we briefly stepped out in the backyard yesterday (Oct. 10) in Vacaville to see a sun and sky we did not recognize.  Nearby, the brightly colored orange Gulf Fritillary butterlifes (Agraulis vanillae) continued their life cycle on the passionflower vine (Passiflora), their host plant. So unreal to see:

Mother Nature is not kind. Neither is Father Time. 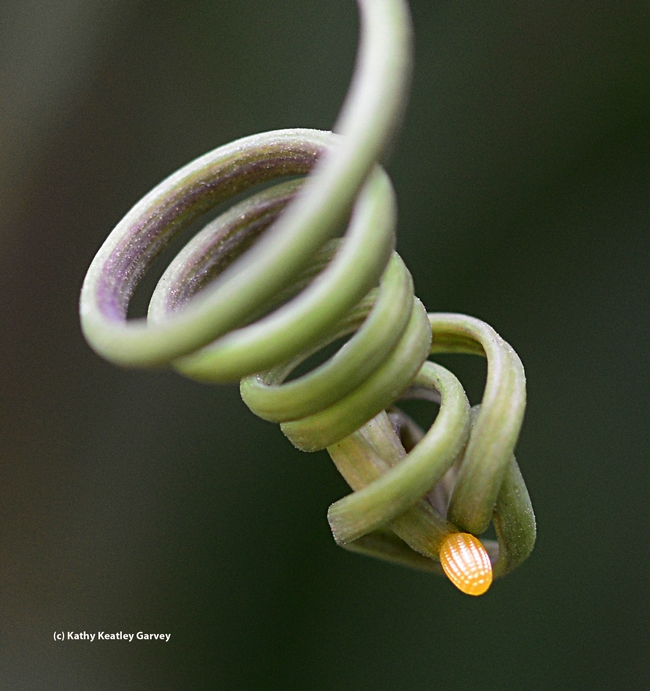 A Gulf Fritillary egg on the tendrils of the passionflower vine (Passiflora). (Photo by Kathy Keatley Garvey) 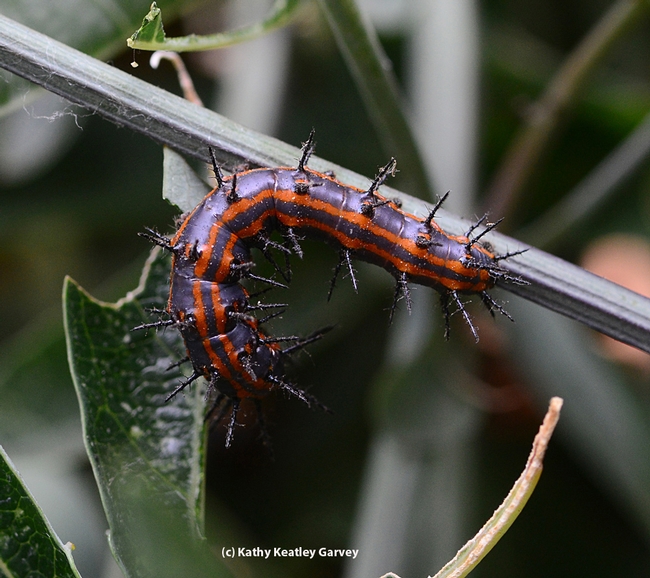 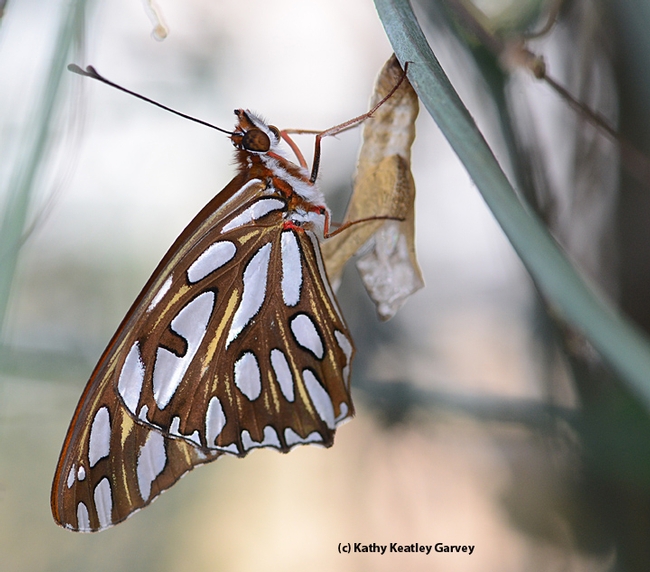 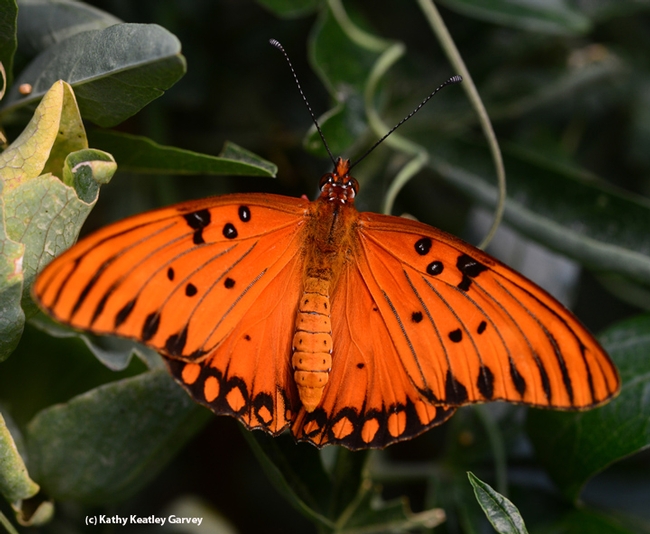 In the eerie light of the smoke-choked sky and reddish sun, a newly eclosed Gulf Fritillary spreads its wings. (Photo by Kathy Keatley Garvey)
Tags: adult (6), California wildfires (3), caterpillar (14), chrysalis (17), egg (10), Gulf Fritillaries (26), Passiflora (45), passionflower vine (45), pupal case (3), tendrils (1)
Comments: 1
Comments:
by Fay Stout
on October 14, 2017 at 6:25 AM
I am horrified with the photos I am seeing on the news of the devastating wildfires there in California. I simply cannot imagine the destruction and loss of life as the fires rage, not to mention the wildlife that is also affected. So frightening and then I see your most excellent photos of nature going on which I find uplifting.
Leave a Reply: