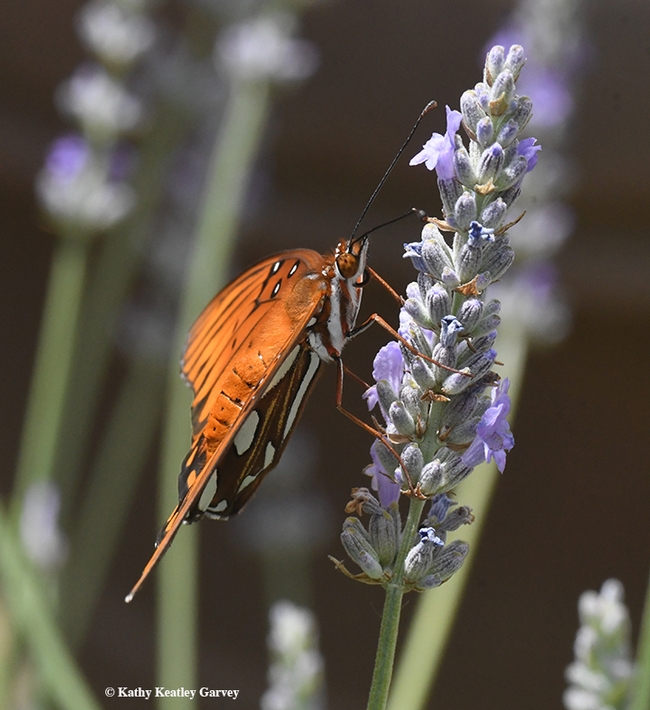 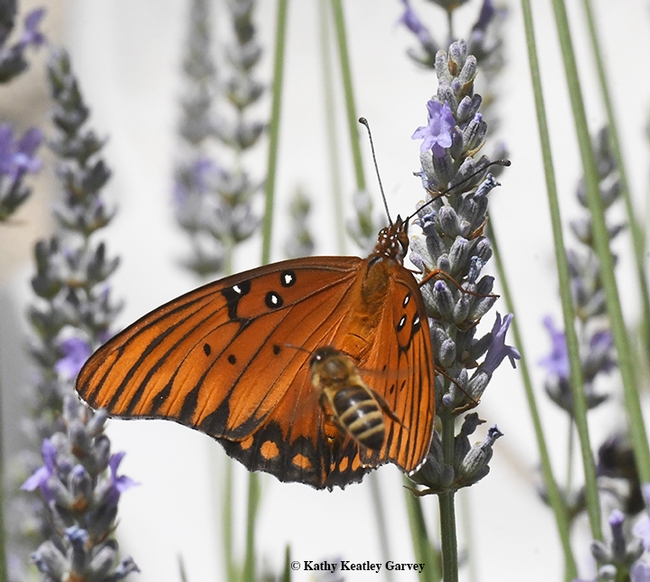 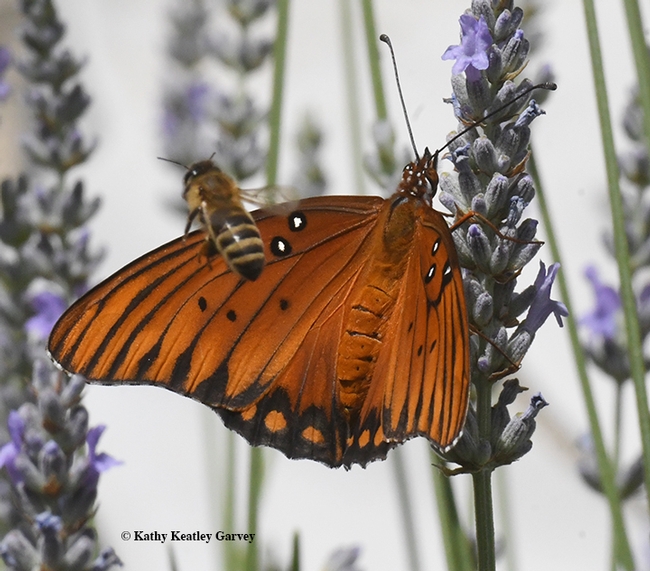 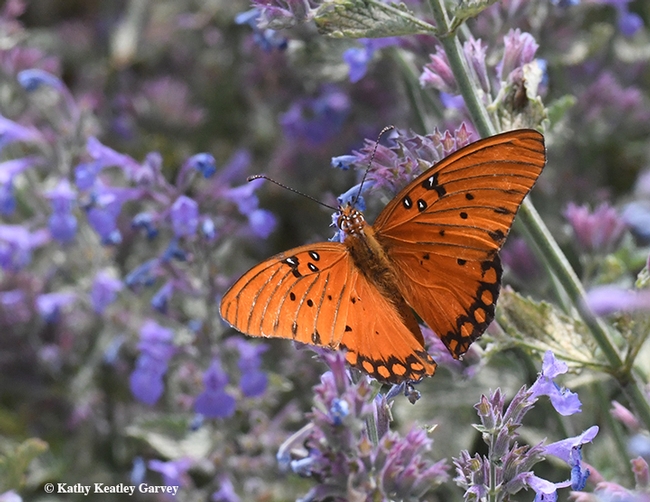 Gulf Fritillary heads for the nearby catmint patch. (Photo by Kathy Keatley Garvey)
Focus Areas:
Focus Area Tags: Environment, Yard & Garden
Tags: Agraulis vanillae (82), Art Shapiro (269), catmint (18), Gulf Fritillary (63), honey bees (411), lavender (31), UC Davis (268)
Comments: 1
Comments:
by Fay
on June 2, 2018 at 5:05 AM
Wonderful photos of the fritillary and good for you for catching the bee as well! I am still waiting for the fritillary butterflies to arrive here in Texas. My passion vines are in bloom as is the lavendar. And my milkweed is also blooming, but where are the butterflies? Every day I go out in my little cottage garden in hopes of finding one... or two or three, but thus far I am only seeing the hairstreak, cabbage white, admiral, and the painted lady.
Leave a Reply: