Professor Neal Williams holding native bee specimens. (Photo by Kathy Keatley Garvey)
With all the increasing--and alarming--global concern about declining pollinators, it's great to see some good news: pollination ecologist Neal Williams of the UC Davis Department of Entomology and Nematology is one of the Highly Cited Researchers in the 2018 list just released by Clarivate Analytics.

Williams, professor of entomology, UC Davis Department of Entomology and Nematology, and a 2015-2020 Chancellor's Fellow, is one of only 19 UC Davis researchers so honored and one of 10 from the College of Agricultural and Environmental Sciences.

The company, based in Philadelphia, honors exceptional scientists and social scientists who have demonstrated significant influence by publishing multiple papers that rank in the top 1 percent by citations in a particular field and year, over a 10-year period. Clarivate Analytics' services focus largely on analytics, including scientific and academic research, patent analytics, regulatory standards, trademark protection, pharmaceutical and biotechnology intelligence, domain brand protection and intellectual property management. The services include Web of Science, and EndNote.

“This is a wonderful testament to the incredible breadth of expertise at UC Davis and the associated global impact,” said Prasant Mohapatra, UC Davis vice chancellor for research said in a UC Davis news story. “I would like to congratulate each of the named investigators and their teams on such an inspiring accomplishment.”

He was named a Chancellor's Fellow in 2015, a five-year program that granted him $25,000 to support his research, teaching and public service activities. The program, established in 2000 to honor the achievements of outstanding faculty members early in their careers, is funded in part by the Davis Chancellor's Club and the Annual Fund of UC Davis.

As Professor Williams, professor, researcher, educator and mentor, says on his website:

"Our research addresses basic questions about bee ecology, evolution, and behavior. We explore the intricacies of pollinator-floral interactions from animal and plant perspectives. We seek to understand the persistence of pollinator populations, pollinator and plant communities, and pollination in the context of global change."

Check out the UC Davis piece on "How to Weigh a Bumble Bee."

How that project began: Williams and postdoctoral researcher Rosemary Malfi set out to research how the short-term loss of floral resources affects bumble bees,  specifically the yellow-faced bumble bee, Bombus vosnesenskii, a common bumble bee native to the West Coast of the United States. Its importance to agriculture, including the pollination of greenhouse tomatoes, cannot be overstated.

They could and they did. It's a great example of innovative and interdisciplinary research. (See post on Bug Squad blog) 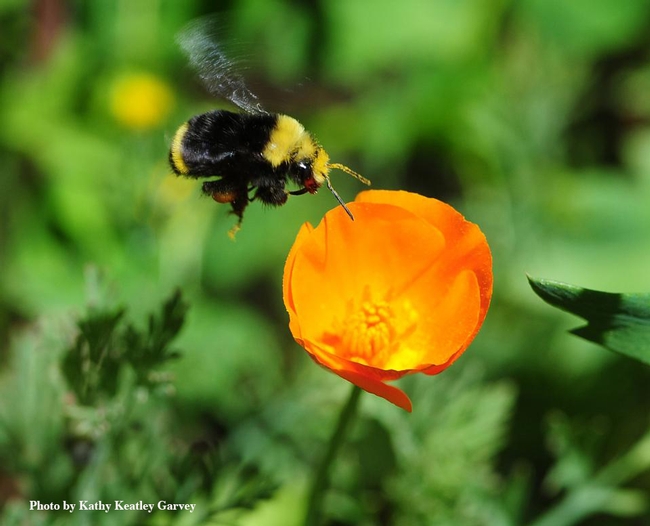 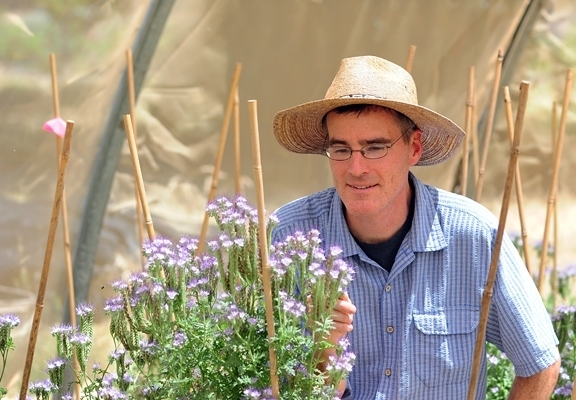