The first plants that come to my mind when I hear “nitrogen fixers,” are beans and peas of the legume family. Their roots have a symbiotic relationship with bacteria in the soil that gathers nitrogen from the air and converts it into a form of nitrogen that plants can use. Proof of that nitrogen shows up as little white bumps or nodules on the roots.

But there are also plants outside of the legume family that fix nitrogen. I happen to have one of them in my drought-tolerant bed by the mailbox, next to the driveway. It's a California lilac or Ceanothus spp.

It belongs to the Buckthorn family and is one of the 50-60 species of nitrogen-fixing shrubs in that family. it's a prostrate form that stays low to the ground, has light blue flowers in late winter and the leaves remain dark green the rest of the year. This plant has been in the ground for about 5 or 6 years and has not needed any watering, except the first year it was planted, even In the heat of summer. It's one of my favorite landscape plants.

There are plants in other plant families that can also fix their own nitrogen. But what I found most Interesting was an article from “The California Aggie” website about nitrogen-fixing corn.

“In the mountainous region of Sierra Mixe in Southern Mexico, a particular type of corn grows and feeds an entire community — without fertilizer. According to the article “there has been speculation for decades that this corn might be able to naturally fix its own nitrogen from the atmosphere, researchers at UC Davis have finally been able to gather conclusive evidence supporting this rare and bizarre phenomenon.”

It's a very recent finding and the “UC Davis team is still in the beginning processes of testing whether this corn has the capabilities to be commercialized.”

Here's the link to the article: 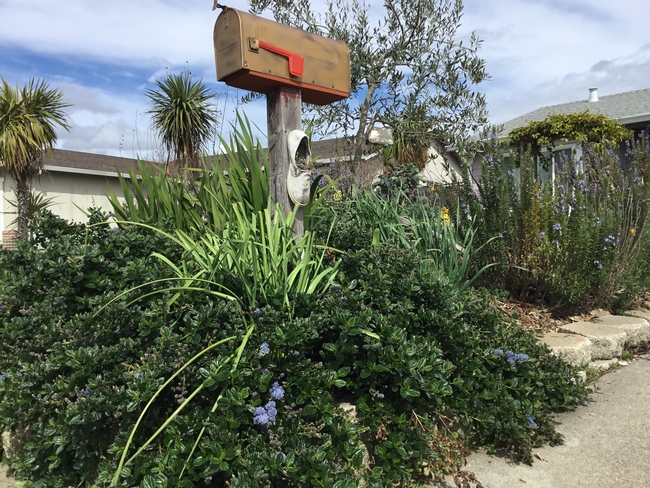