Some questions have been coming up concerning "what's new" in SWD management in berries, so I thought I would share this work that I've presented at some of the meetings during the winter cycle.

This study concerns the use of a bait and kill approach with a bait designed specifically for SWD, that is to say Drosophila suzukii, rather than using baits like GF120 which is designed for true fruit flies (NOT vinegar flies) and subsequently have activity on SWD that is so so.  The method is attractive in theory, since it avoids contact with beneficials like honeybees and predators, at the same time that it delivers the active ingredient (in this case spinosyn) straight into the gut of the target.

The work was funded by the USDA IR4 program, which facilitates pesticide registrations in minor crops.

Bottom line is that this bait does work in reducing numbers of SWD in blackberry, look forward to seeing it registered and available to growers.

As always, there is a pesticide reviewed in this post, and growers should always refer to pesticide labels before making an application and refer questions to the local Agricultural Commissioner or Cooperative Extension office. 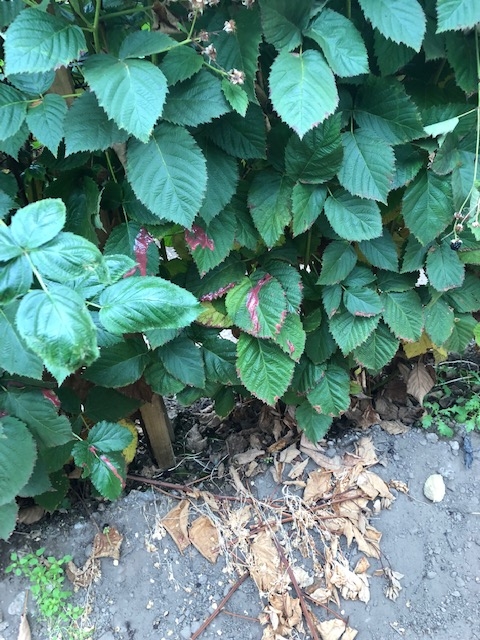 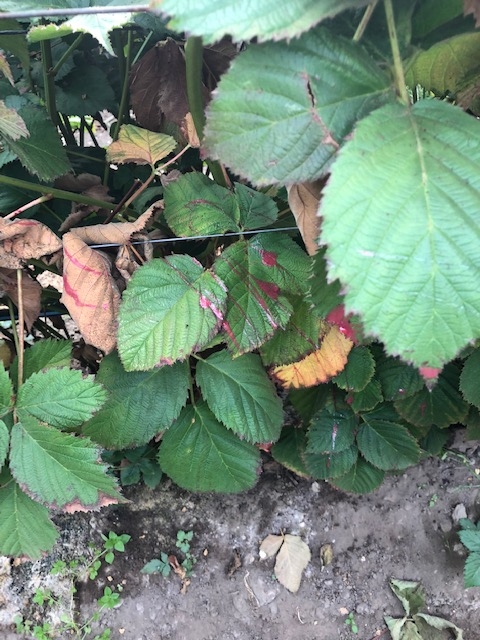 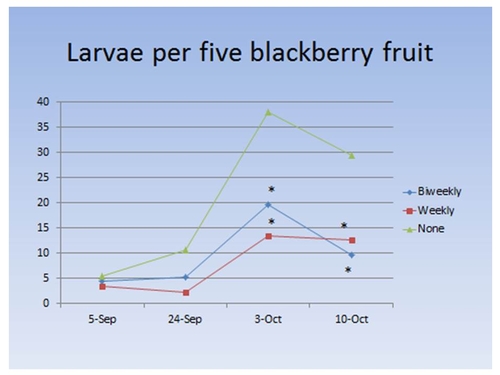 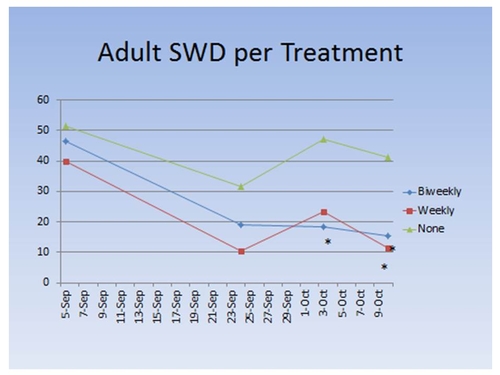 Number of SWD adults per 18' of row (one side).
Comments: 0
No Comments Posted.
Leave a Reply: