Through the Garden Gate: “The Crape Myrtle’s are blooming like nobody’s business!

During this time of year, our outside world is full of blooming Crape Myrtles. (Lagerstroemia), If you are wondering which spelling is correct (Crape Myrtle, Crapemyrtle, Crepe Myrtle, or Crepemyrtle), they are all acceptable and any may be seen on plant tags, in an article or web search.  Crape Myrtle is probably the most used common name in California. You may want to use “Lagerstroemia” to be safe, which is used all over the world.

Crape myrtles are native to India, China, SE Asia, Japan, Australia, and Oceana, and is now cultivated in warmer climates around the world.  it was first introduced in the U.S. in the south (Charleston, South Carolina) in 179. It was quickly dubbed “crepe myrtle” due to its myrtle-shaped leaves and petals resembling crepe fabric. Lagerstroemia is not related to True or Common Myrtle (Myrtus communis).

There are about 50 species of Lagerstroemia, with many new varieties, ranging in many shades of red, pink, white, and purple, All are woody plants, including both deciduous and evergreen varieties, ranging in sizes from dwarfs to 100-foot trees. They are chiefly known for their long-lasting summer blooms, but also have beautifully mottled bark and most have colorful fall foliage.

Pruning is important since blooms come on new wood.  The question that arises is when and how much to prune. As with all pruning, there are different ideas as to when is best. Certainly, the worse time is when they are blooming, which I have seen done (ouch!). Once the bush is established and shaped as you prefer, less severe trimming should be adequate to maintain the size and shape.

Mildew can be a problem in our area during our long, wet winter. These trees prefer full sun, so if your bush is under a large tree canopy, or mostly shaded by buildings, it can promote the growth of mildew. Good air circulation also minimizes the chance for mildew growth. If planting a new crape myrtle, find one that is a mildew-resistant hybrid. Almost all selections with names of Native American tribes, such as ‘Hopi', ‘Miami', and ‘Zuni', are mildew resistant.

For information on care and treatment of crape myrtles, including powdery mildew, there are 38 article listings in the UCANR Repository at this web address. Search for “crape myrtle”.

For some interesting folklore about the Myrtles Plantation, including marriage under the crepe myrtle trees, George Washington, yellow fever, promiscuity, murder and death by birthday cake laced with crushed oleander flowers, go to the American Hauntings web site below to find: “The Myrtles Plantation: Legends, Lore and Lies.” 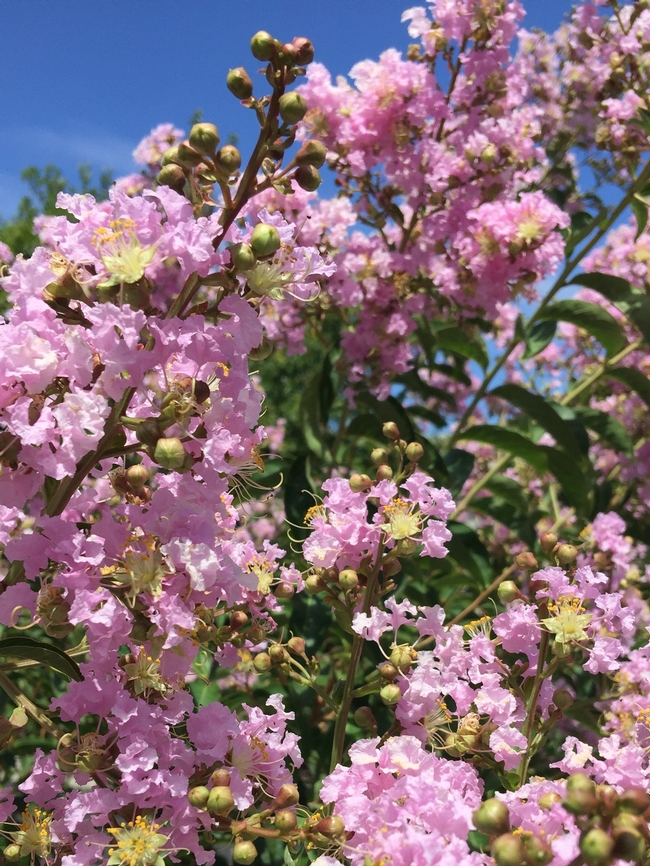 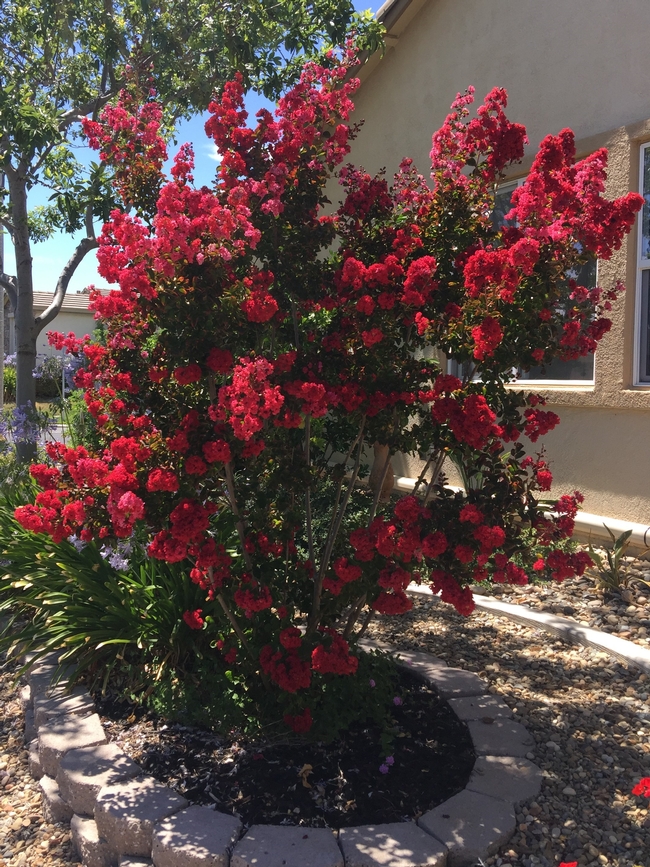 Comments: 1
Comments:
by Nancy Burns
on September 7, 2019 at 9:10 AM
I would add...if you plant one (bush or tree), be sure it's something you'll want the rest of your days. They're all but impossible to keep from re-growing, should you have one removed professionally, as I've learned.
Leave a Reply: