A pollinator garden is a study in diversity--and of inclusion and exclusion.

The residents, the immigrants, the fly-bys, the crawlers, the wigglers, the jumpers. The big, bad and bugly. The prey and the predators.  The vegetarians and carnivores.

The nectar-rich flowers attract honey bees, bumble bees and butterflies. And right near them are the predators: the praying mantids, dragonflies and assassin bugs.

The assassin bugs, family Reduviidae, are ambush predators. They resemble human assassins (or at least those on the movie screen!):  long narrow neck, beady eyes, and sturdy body. When they ambush a predator, they stab it with their  rostrum, inject venom, and suck out the juices. Or as UC Berkeley entomologists Jerry Powell and Charles Hogue write in their book, California Insects, "The victims, which include all kinds of insects, are snatched by quick movements of the forelegs, and immediately subdued by a powerful venom injected through the beak."

Such was the case with the assassin bug, Zelus renardii, this week. We watched one lie in wait on a Mexican sunflower (Tithonia); we watched another dine on an unidentifiable prey on a milkweed blossom; and we watched yet another stab a lady beetle (aka lady bug) on a leaf. 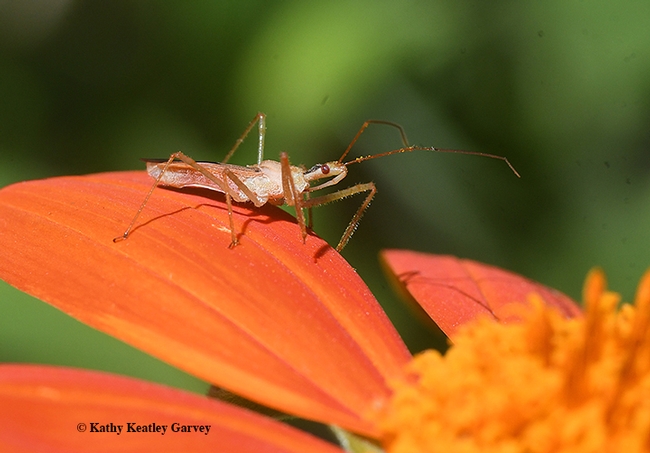 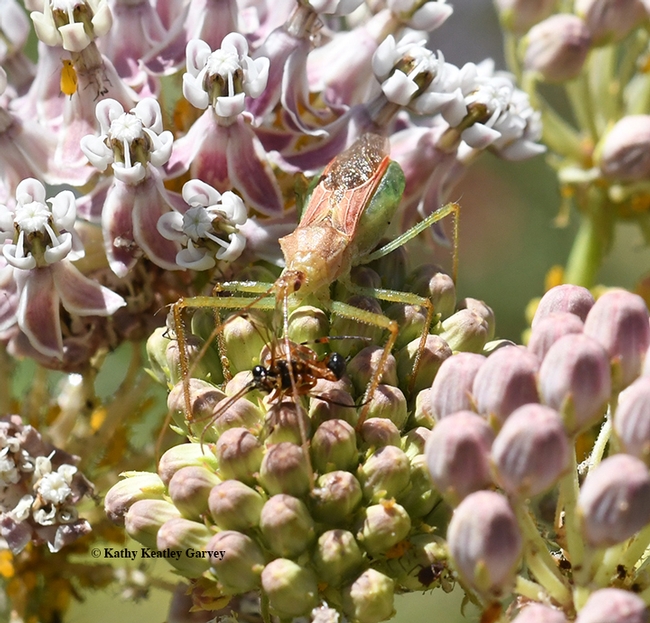 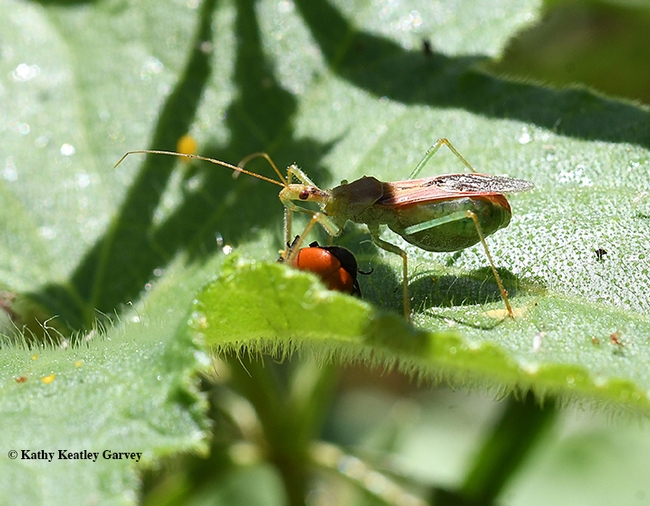 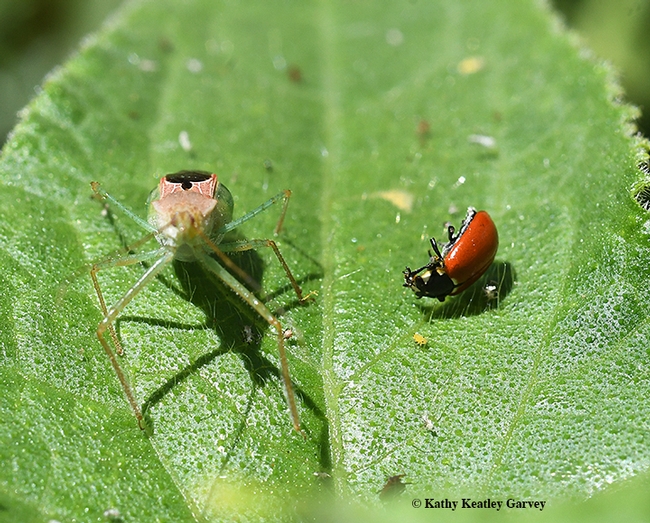