GM canola growing wild in North Dakota
Published on: August 17, 2010
Canola that is genetically modified to be resistant to two herbicides is growing along roadsides in North Dakota, according to a New York Times blog post by Andrew Pollack.

Even though critics of biotech crops point to the situation as "gene pollution," Pollack said the finding may not be a problem at all. And if it is a problem, he wrote, "It’s because a canola plant growing outside of a canola field – on a road or in a field of wheat, for example – could be considered a weed."

The study, presented at a recent meeting of the Ecological Society of America, is based on a sampling of 604 canola plants collected by a University of Arkansas graduate study along 3,000 miles of interstate, state and county roads. Eighty percent were genetically engineered.

In a statement, Monsanto, the manufacturer GM canola, said roadside canola can be managed simply by mowing.

"Monsanto provides farmers and other professionals who use our products information on managing plants like volunteer canola,” the statement said.

Pollock turned to UC Riverside professor of genetics Norman Ellstrand to find out why genetically modified corn and soybeans have not established themselves in the wild, even though they are grown on many more acres than canola.

“They are super-domesticated and they just don’t really like to go wild,’’ Ellstrand was quoted. 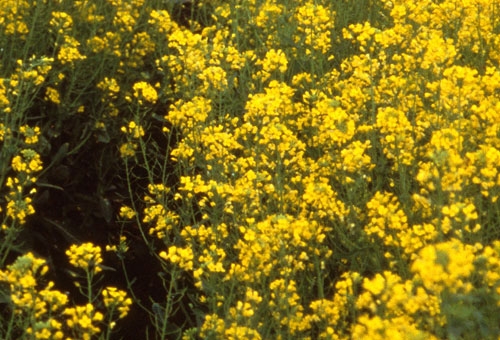