California eggs free of salmonella
Published on: August 25, 2010
Eggs produced in California have been free of salmonella for more than 10 years, according to a news release by the Association of California Egg Farmers. The release was distributed by PR Newswire in the wake of the recent recall of 500 million Iowa-produced eggs due to a salmonella outbreak.

The Association attributes the state egg industry's safety record to the voluntary California Egg Quality Assurance Program developed in 1995. The program, implemented by 95 percent of the state's egg producers, requires:
The release said the CEQAP program was established with the cooperation and participation of:
CEQAP was recognized by then-Vice President Al Gore with the prestigious "Hammer Award" for reinventing government.

Meanwhile,the egg salmonella outbreak has renewed public concern about the safety of the U.S. food supply and generated extensive media coverage. For example, the KQED Public Radio program Forum devoted an hour to the egg recall yesterday. One of the guests was Dan Sumner, director of the UC Agricultural Issues Center. Sumner provided perspective on the business side, explaining that, in addition to regulations, there are other pressures on companies to produce wholesome food.

"I wouldn't be at all surprised to find out that this is the end of the egg companies that we're talking about. If you think about the buyer side of this  - I don't mean consumers but the Safeways or significant companies  - these guys are pariahs in the business," Sumner said. 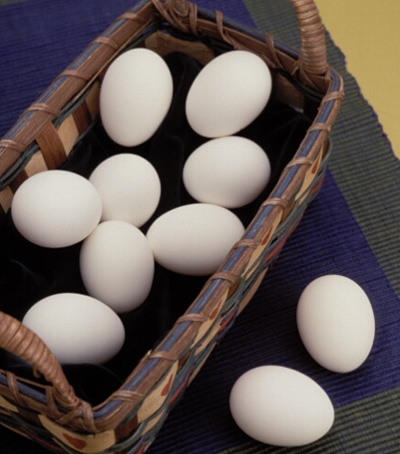