Who says California doesn't have seasons?  The appearance of the Naked Lady (Amaryllis belladonna) in August has always signaled the waning days of summer vacation for me.  These tall, pink, fragrant lilies suddenly appear in improbable places, including road cuts and abandoned lots, briefly transforming otherwise neglected places to charming ones.

In winter and spring, the plant produces long, strappy leaves that die back by summer.  In the summer, the bloom stalk emerges without any leaves, hence the reason for the “naked” part of the name.  The plant grows to about 2 feet tall, with clusters of pink flowers.  It grows by large (up to softball-sized or larger) bulbs that eventually form a large clump of plants.  The best time to divide the bulbs is during its summer dormancy after the plants have bloomed.  It may take several years for disturbed plants to bloom again, but they should eventually bloom if planted in a sunny, well-drained location.

I was curious about why the Naked Lady is so widespread and how it seems to thrive on neglect.  The Naked Lady is native to the western part of the Cape of South Africa and originates from a plant community similar to California's chaparral community.  In South Africa, the plant is called the March lily for its blooming season in the southern hemisphere.  Like some chaparral plants, the Naked Lady blooms after wildfire, perhaps because the fire removes plants that shade its leaves.

The Naked Lady has naturalized in locations with Mediterranean climates.  Some sources suggest that the Naked Lady was introduced to Britain from Portugal in the early 1700's.  By the 1800's the plant was abundant in Italy and northern Europe.  In 1812 Thomas Jefferson received a shipment of bulbs, including Amaryllis belladonna, from South Africa.  The plant may have been passed west because bulbs are easy to transport and the plant is so tough.

The plant's success is due to its tolerance to a variety of growing conditions.  It can live up to 75 years with little care.  It is drought tolerant and does not require summer water.  In fact, the emergence of flowers before leaves (called hysteranthy) is an adaptation to drought and unpredictable rains.  The plant is poisonous so gophers and deer avoid it.  In addition, the bulb's long-dormant period likely aided in its spread.

I can personally attest to the plant's toughness.  A long time ago, my parents piled some dirt from a landscaping project in a shaded corner of their yard.  Over time, large bulbs somehow migrated to the surface (or the soil eroded).  Suspecting that they were Naked Ladies, my mother asked me to plant them in a sunny portion of the yard.  It took a pickaxe to break the clay soil, but I planted them.  Although the bulbs hadn't bloomed in decades, a few years later, the flowers served as part of the backdrop for my garden wedding. 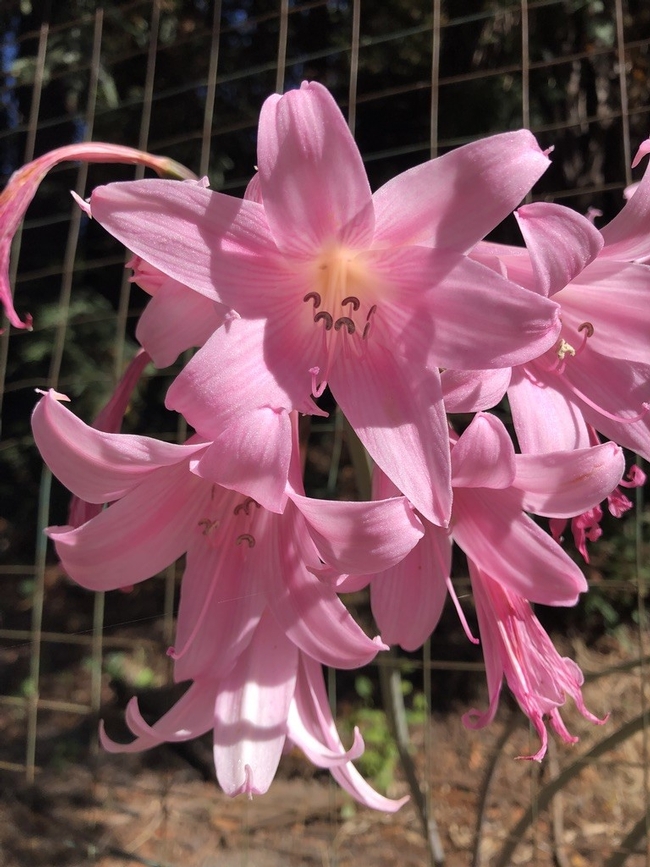 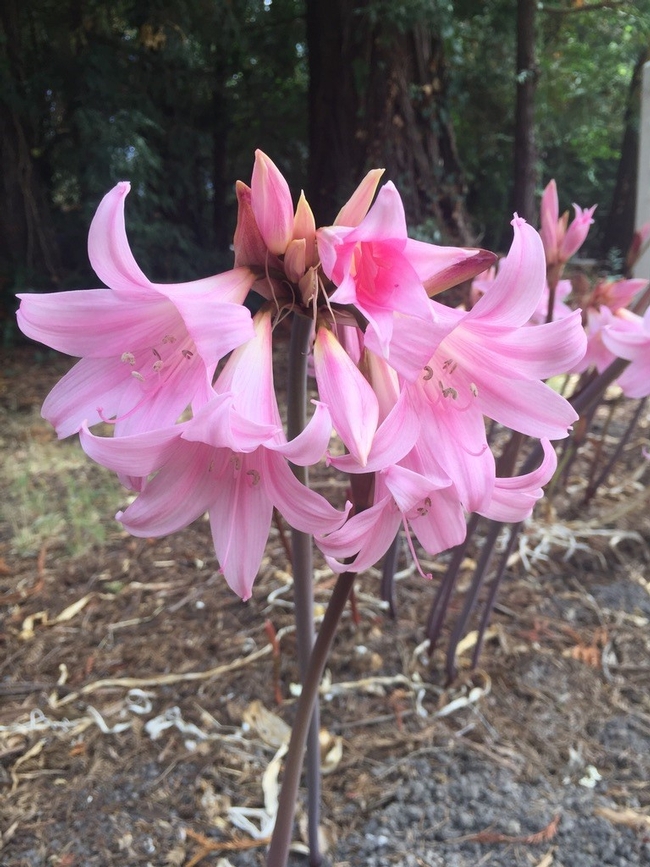 Comments: 1
Comments:
by Paula Pashby
on December 17, 2019 at 5:11 PM
I love this! The Naked Lady is one of my favorite plants and see them thriving in so many neglected areas. I thought I could pick up a "bulb or 2" to plant and enjoy in my yard, but couldn't find them anywhere locally, so looked online. They were much more expensive than I imagined and took a long time to get 1 bulb! I finally got it and hope it thrives and spreads!
Leave a Reply: