Would you be able to identify a pineapple slicer or 14 other cooking items? Well thirteen “ t'weens” had the opportunity to do just that during “Tweens in the Kitchen” sponsored by Hanford Parks and Recreation and CalFresh Healthy Living, University of California during the holiday break. The “t'weeens” actively engaged with food, practiced basic culinary techniques and completed and ate healthy recipes from start to finish. For many, this was the first time they were able to work with knifes, peelers and small appliances. The recipes promoted eating healthy fruits and vegetables along with foods from MyPlate's dairy, grains and protein groups. One participant was heard saying “I don't want to leave, this was fun.” Of course, the aroma coming from the food dishes made everyone's stomachs growl in anticipation of the final tasting. I think the smiles on their faces says it all – the Apple Pie Cups were a hit! 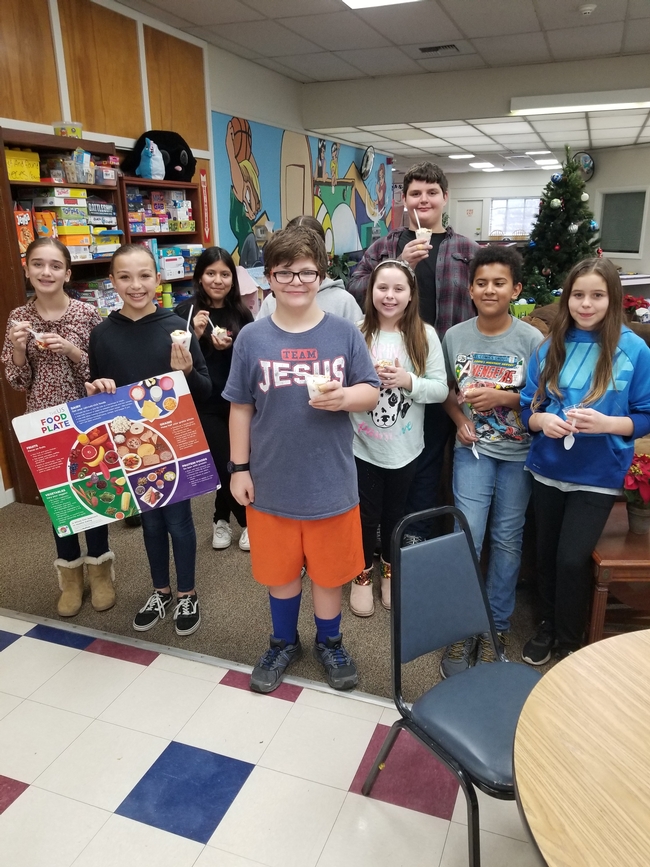