Christopher Barker
UC Davis associate professors Christopher Barker and Santiago Ramirez, global leaders in their fields and close affiliates of the UC Davis Department of Entomology and Nematology, are among the 20th class of Chancellor's Fellows. (See Dateline news story)

The program, established in 2000 to honor the achievements of outstanding faculty members early in their careers, is funded in part by the Davis Chancellor's Club and the Annual Fund of UC Davis. Each will receive $25,000 for their research or other scholarly work and hold the title of "Chancellor's Fellow" for five years. Santiago Ramirez
Barker, of the Department of Pathology, Microbiology and Immunology, School of Veterinary Medicine, is a national and international leader in the area of vectorborne disease modeling. He received two degrees from UC Davis: his master's degree in 2005 and his doctorate in 2008, working with Department of Entomology professors. He continues to work with the department and graduate students: he is the major professor of entomology graduate student Olivia Winokur.

Ramirez, with the Department of Evolution and Ecology, College of Biological Sciences, is a global expert on orchid bees. He received his doctorate from Harvard. Ramirez is a frequent speaker at seminars and conferences affiliated with the UC Davis Department of Entomology and Nematology, including the UC Davis Honey and Pollination Center. 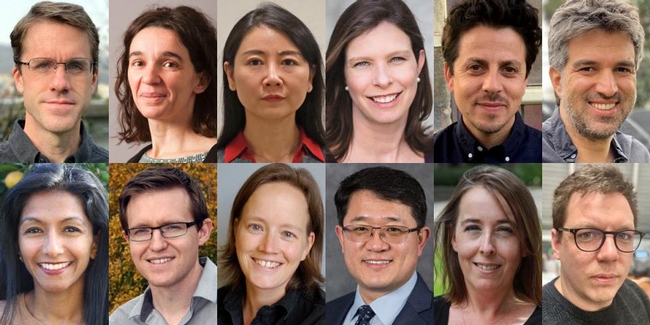