The event, sponsored by UC Davis Environmental Law Society (ELS) and scheduled from 8:30 to 6:30 p.m., Friday, March 6 in Room 1001 of the School of Law, 400 Mrak Ave., is free and open to the public. It will include lunch and an evening cocktail reception. Registration is under way on this Facebook page.

Four UC Davis entomologists will be among the speakers. They are: Neal Williams, professor of entomology (Photo by Kathy Keatley Garvey)
Insects have been called "the level pullers of the world." One study estimates that insects contribute more than $57 billion a year to the U.S. economy. However, many species currently face extinction.

Experts in the field of entomology and agricultural sciences will converse with leaders in government, legal scholars and practitioners about the current threat to insect populations "and how we can use legal tools, policy and management practices to combat the sixth mass extinction," according to co-chairs Kelly Beskin (kvbeskin@ucdavis.ed) and Peter Jansen (pcjansen@ucdavis.edu).

Four separate panels will center on protecting insects and biodiversity. Some of the major topics will be about "listing insects under the Endangered Species Act and the tensions within agriculture between the need for pollinators and pesticide use," Beskin said. Brendon Boudinot, doctoral candidate and ant specialist
The California Fish and Game Commission voted 3-1 on June 12, 2019 to place these four bumble bees on the proposed endangered species list, as petitioned by the Xerces Society, Center for Food Safety, and Defenders of Wildlife.

An insect fair will take place during lunch time. The Bohart Museum of Entomology will showcase insect specimens as well as a live "petting zoo," including Madagascar hissing cockroaches, walking sticks, and tarantulas. Graduate students will display their research projects, and the Entomology Graduate Student Association will be offering insect-themed t-shirts for sale. Cricket protein bars will be handed out to all those interested.  Also planned is honey tasting from the UC Davis Honey and Pollination Center.

"It should be a lot of fun for everybody," Beskin said. 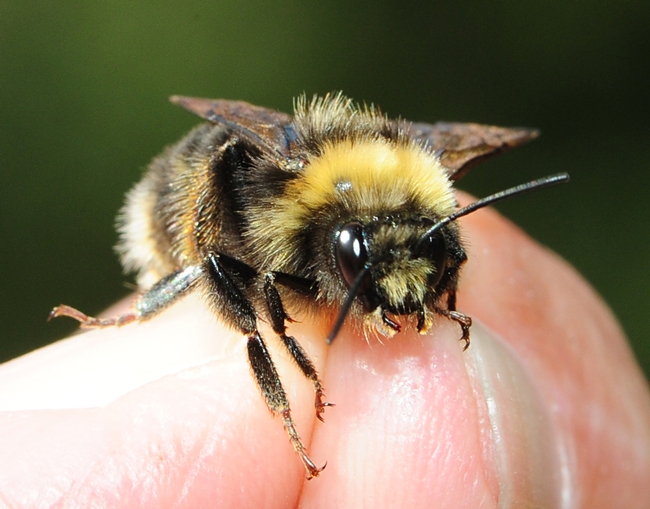