A Study in Contrasts

The third country we visited during our last trip, which also included Cambodia and Myanmar, was Vietnam.  At the time of being there, we were primarily trapped in Hanoi and Ho Chi Minh City and I was thinking that having something to say about the natural environment would be next to impossible.  We were only in the cities a few days and they were reminiscent of other third-world places like Delhi and Mumbi: they have a lot of cultural interest but largely seem studies in questionable urban survival strategy.  Traffic is terrible and the air is so polluted that you could use the particulates to spice your food.   But, as usual, people find a way to make life interesting and our boat ride on the Mekong Delta proved almost whimsical.

There are lots of people living on the Delta on houseboats, some moving and some not.  There seem to be several kinds of houseboats.  From the perspective of the casual tourist, they are merely rather different models.  They are interesting to look at.  For one thing, they are exposed to the elements 24/7.  Many seemed in marginal condition, covered with the omnipresent blue tarp, looking like they could use a good dry dock for repairs.  Family members were scurrying around and fishing seemed like the main business being pursued.  There was clearly a rich life on the boat and I suspect that even though I didn't witness interactions between boat, it hard to believe that there wasn't some amount of contact.

By far the most surprising sight was the flower pots.  The majority of the dwellings were decorated with flowers galore. There were pots hanging from every hook and a flat surface on the outside (and possibly inside also).  The plants were not water plants, but what you might expect in an outdoor garden – marigolds and other common flowers.  With the river water available, I imagine the care was minimal, but it was quite a sight for me to see the houses that looked like they could easily collapse, were actually being lived in by families who cared enough to make their surroundings softer and greener.  It puts the Sausalito McMansion houseboats in a bigger framework of homes-on-water.

The big lesson for me, as a tourist, is to get outside the city to see the contrasts and the richness of the possibilities. 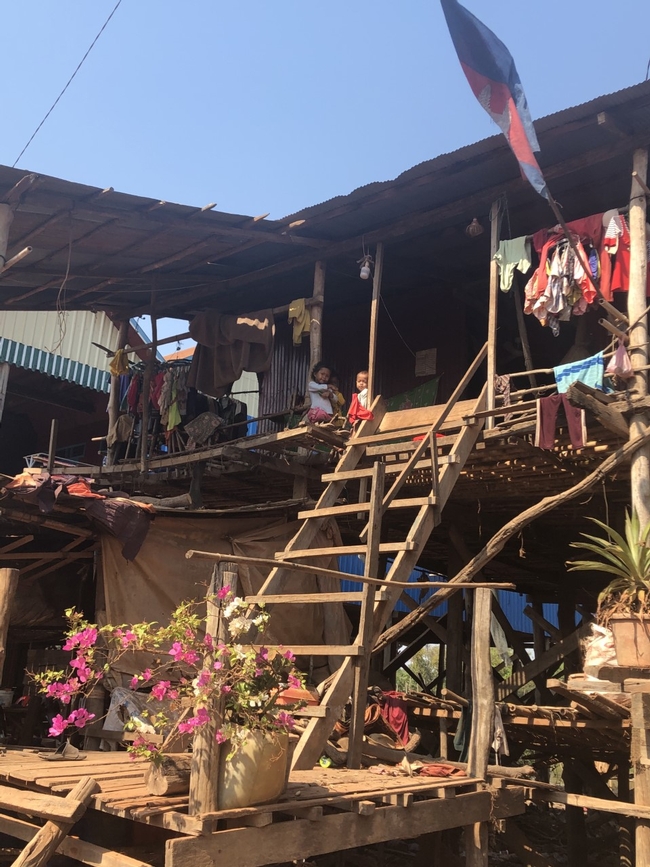