The pomegranate (Punica granatum) originated in the region extending from Iran to northern India and has been cultivated since ancient times throughout the Mediterranean region. It was introduced into Spanish America in the late 16th century and into California by Spanish settlers in 1769.

The pomegranate is a fruit-bearing deciduous shrub that grows between 6' and 12' tall. Left to itself, it will also grow about that wide, so if you have a small yard, you may want to prune it into a more narrow version or remove the lower limbs to give it a small tree-like look. It can be grown as a single trunk small tree or multi-trunked bush with 3-5 trunks. You may wish to keep it in the back of your garden due to its size and abundance of thorns. It can endure temperatures down to 12 degrees before being damaged, and usually starts to leaf out after all danger of frost has passed. The fruits contain hundreds of arils (seeds), that are very sweet and nutritional.

Since it's been around for so long, it has developed a huge amount of folklore, as well as being shown in art and has had various religious and cultural uses.  Ancient Egyptians regarded it as a symbol of prosperity and ambition. Hindus believe that the pomegranate fruit is a fertility enhancer and recommends that women who want to get pregnant eat this fruit in abundance  It figures prominently in Greek mythology, as in the myth of Persephone, married to Hades and required to spend the number of days there each year equal to the number of seeds in a pomegranate, before she can return to her family in the heavens above.  If she would have asked a master gardener, she might have been told to grow a miniature pomegranate bush, whose fruits are much smaller, only slightly larger than a golf ball, and hold only a fraction of the amount of seeds in a full-sized fruit, thereby allowing Persephone to spend the majority of the year away from Hades.

For more information on myth, lore and health benefits of the ancient pomegranate, visit this website below, or just search for pomegranate and you will have lots to read. “Fun Facts on Pomegranate in Religions and Mythology”, at 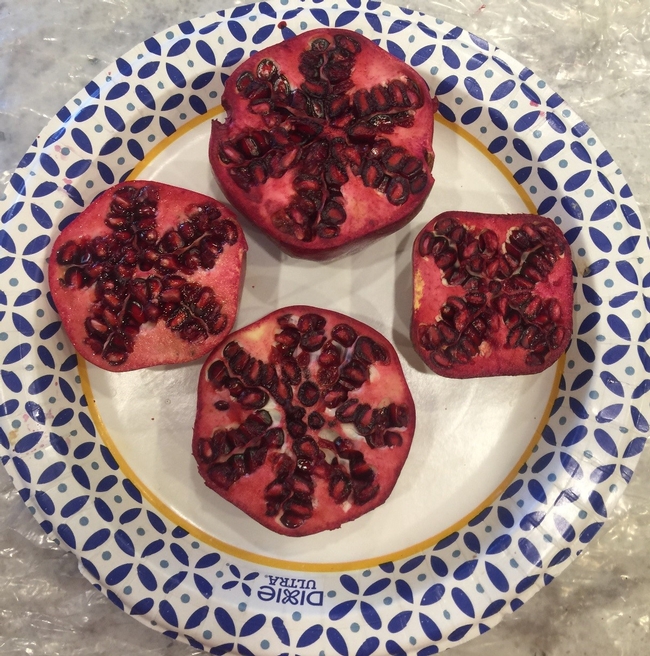 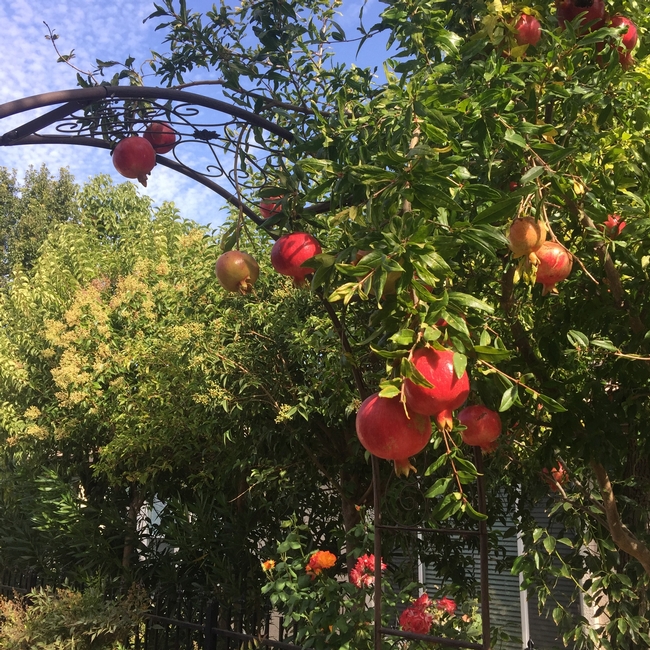 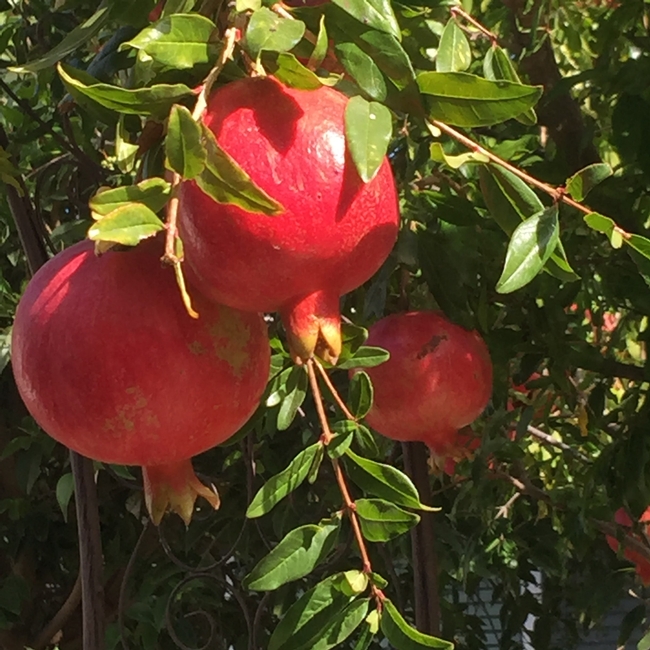 Close up.
Comments: 1
Comments:
by Jacki Curtis
on February 24, 2020 at 9:49 AM
Fascinating post on Pomegranates. Thank you!
Leave a Reply: