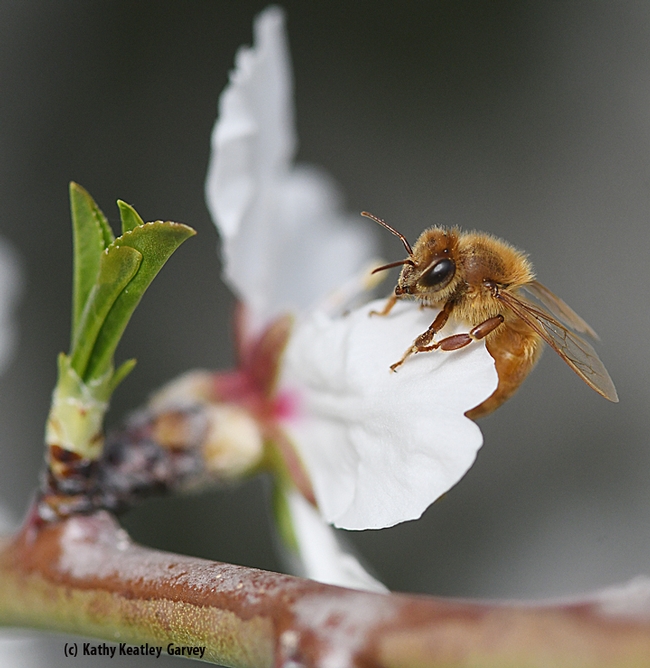 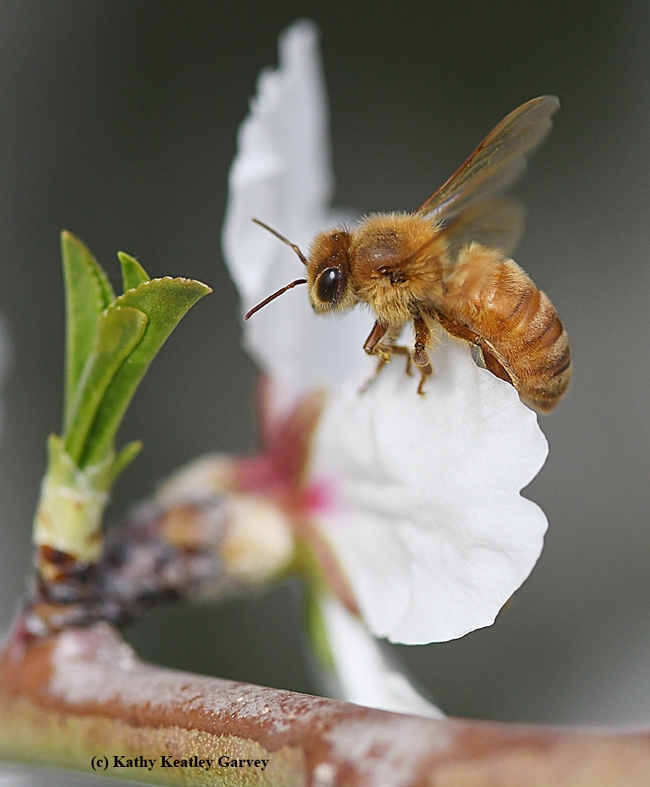 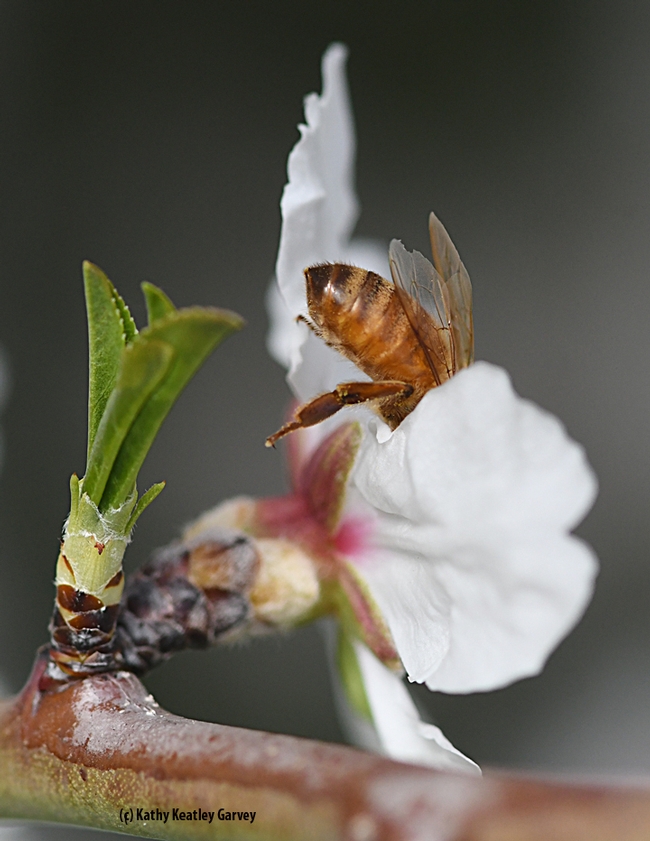 Bottoms up! A honey bee foraging on an almond blossom on an older tree on Bee Biology Road. (Photo by Kathy Keatley Garvey)
Focus Area Tags: Agriculture, Economic Development, Environment, Innovation, Natural Resources, Pest Management, Yard & Garden
Tags: Ag Alert (3), almond acreage (1), almond pollination season (9), Brittney Goodrich (1), Christine Souza (4), honey bees (386), UC Davis (232)
Comments: 2
Comments:
by Debbie K. Platt
on March 7, 2020 at 10:42 PM
The reasons why there will not be enough honey bees to pollinate almond trees in the future has everything to do with shipping honey bee colonies all over the place. These colonies cannot take the stress of be shipped everywhere! Shipping honey bee colonies cause tremendous stress to the colonies; when these colonies are so completely stressed, they cannot fight off diseases, they easily succumb to any environmental challenges. Also, they are exposed to pesticides and herbicides, everywhere they are shipped! They also do not get the ability to forage different types of flowers that provide the different types of nutrients that keeps a colony thriving! Honey bees do not want to move! They hate moving! Stop with the shipping of honey bees all over the place! This is one of the many reasons why the honey bee is not going to survive into the near future! Just imagine what life will be like without the honey bees!
by Debbie K. Platt
on March 7, 2020 at 11:41 PM
I think olive oil production is the crop that needs to be promoted! Almond trees require a lot of water. Olive trees once established require very little water, if any at all. California needs to switch from the largest producer of almonds to the largest producer of extra virgin olive oil! EVO is a money-making crop! It requires little amounts of water, does not require paying for honey bees to be shipped in to pollinate, and California-grown Extra Virgin Olive Oil can supply the world, just like our almonds do.
Leave a Reply: