If you've been reading The New York Times, Washington Post, Los Angeles Times, and National Geographic, you  know about this.

And about the newly published research paper, “Introduced Herbivores Restore Late Pleistocene Ecological Functions” in the Proceedings of the National Academy of Sciences (PNAS).

It's the work of an 11-member international team led by Australian ecologist Erick Lundgren of the University of Technology, Sydney. The co-authors include evolutionary biologist Scott Carroll of the UC Davis Department of Entomology and Nematology.

Out-of-place and troublesome species, such as hippos, feral hogs, wild horses and burros, may actually be restoring the ecological services of extinct animals, the ecologists said.

One of the studies dealt with the abandoned hippos of Colombian drug lord Pablo Escobar (1949-1993), who purchased a male and three females in the 1980s from a California zoo and kept them in fields along the Magdalena River, northwestern Colombia. Without humans and other predators decimating them, the population today is 80 to 100 and is expected to reach 800 to 5000 by 2050.

The out-of-place hippos may be filling the exotic roles of extinct massive animals, such as giant llamas and rhinoceros-sized relatives, the ecologists related. 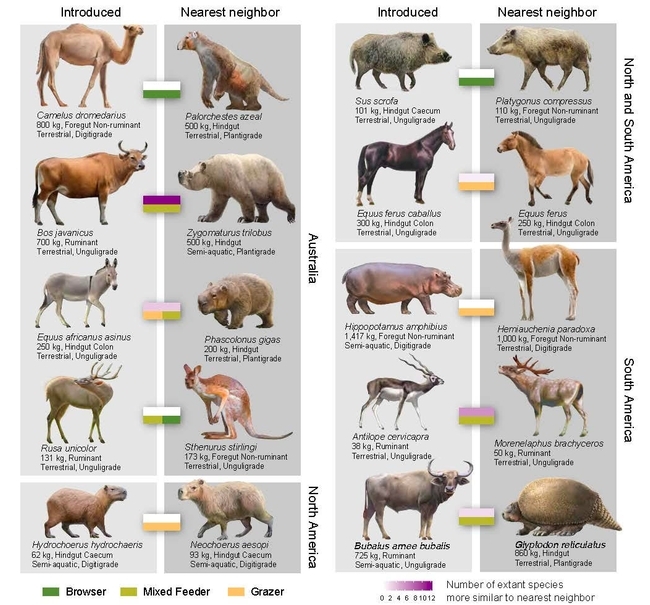