Why Are My Vegetables Turning Purple?

I squinted at the Romanesco head again.  Yep, still purple.  But the neighboring plant was the correct shade of vibrant green.  What was going on?  Were my plants diseased?  Or going through some strange second flowering?

It was none of the above.  It turns out that the plants were reacting to an unusually warm and dry February.  Romanesco broccoli (also known as Romanesco cauliflower) is a cool-weather vegetable in the Brassica family.  I planted the Romanesco in late fall in the hopes of a crop before temperatures rose in the spring.  For the first time after several unsuccessful attempts to grow Romanesco, everything was growing nicely . . . until I noticed certain Romanesco heads turning lavender and developing loose heads or “buttoning” (several small heads).

Sun, heat and Romanesco don't mix.  And when they do mix, they create purple!  The purple color is caused by anthocyanin, a harmless, water-soluble pigment that is exacerbated by sun exposure.  When the developing heads are exposed to sun and heat, they can turn purple.  Extreme conditions, such as heat, freezing temperatures, or drought also can cause loose heads.  We had had the driest February in over 150 years, which was unfortunate for my crop.  The heads tasted fine, but the texture was a bit grainier, probably due to the looser florets.  The other Romanesco heads remained green because they were sheltered from the sun and heat by the plant's leaves.

There are several ways to prevent the plants from turning purple in the future. 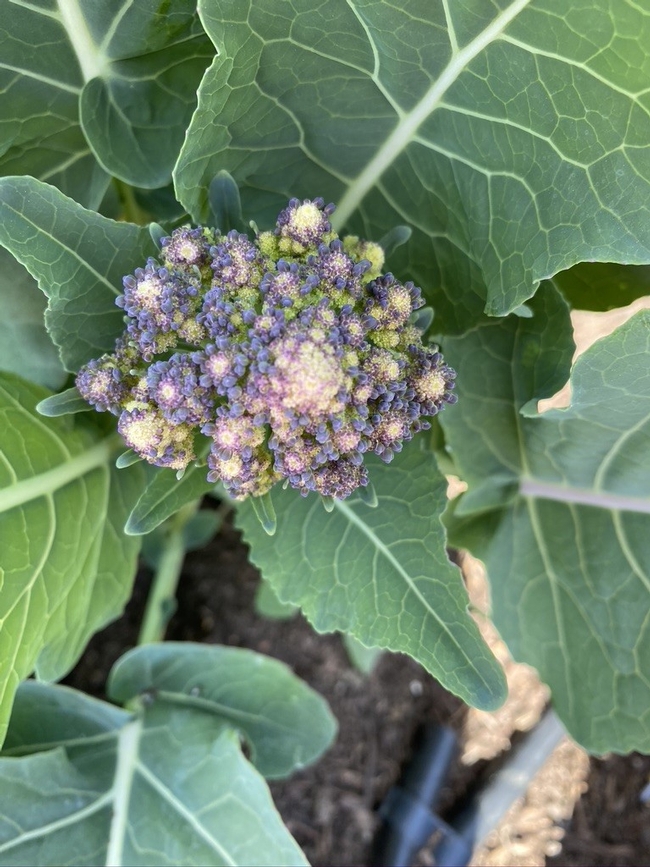 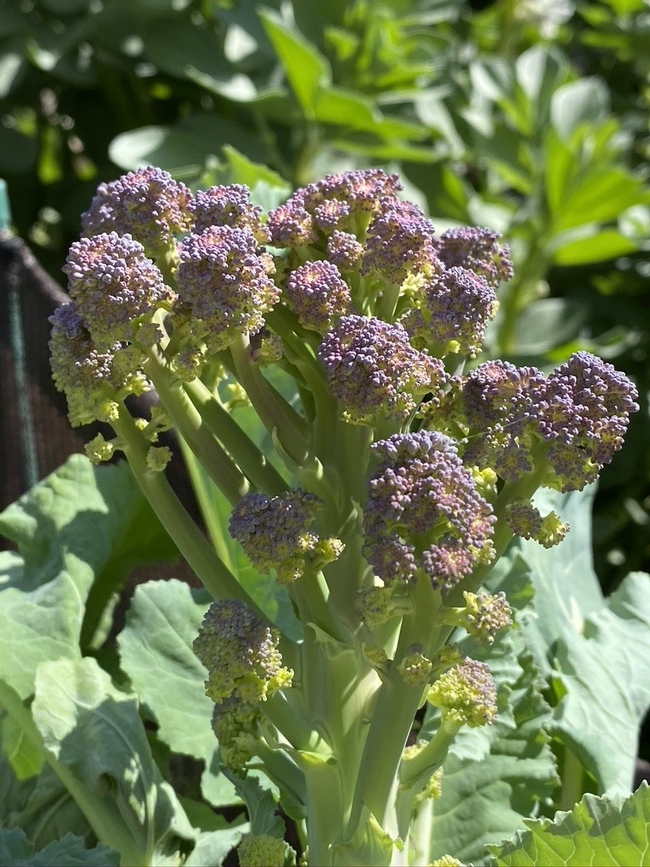 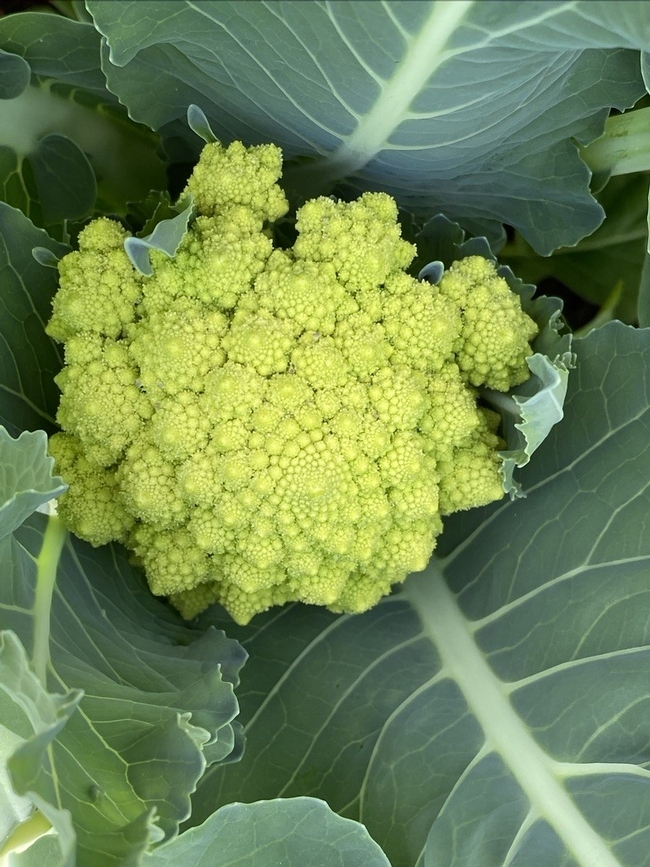