Remember the biblical story about David and Goliath? How young David, the underdog, defeats a Philistine giant?

Sometimes you think the same kind of battle will occur in nature when a honey bee, Apis mellifera, encounters a much larger carpenter bee, the Valley carpenter bee, Xylocopa varipuncta.

We recently spotted a female Valley carpenter bee foraging on a mustard blossom, while her smaller cousin, the honey bee buzzed in, hoping to share.  Both belong to the order Hymenoptera and the family, Apidae. The carpenter bee is a native. The honey bee is not.

What happened? The honey bee discreetly moved out of the way and let the carpenter bee claim her bounty.

Still my favorite carpenter bee is the male X. varipuncta, the green-eyed blond. You don't see it as much as the female of the species, but wow! Now to photograph them in the same picture... 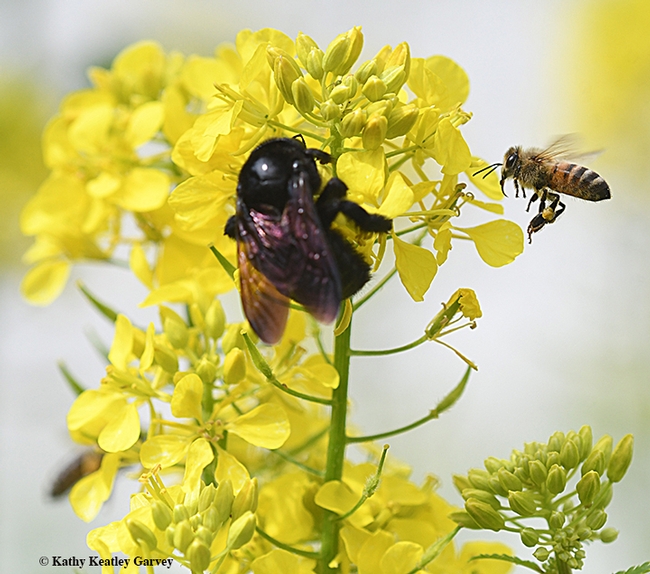 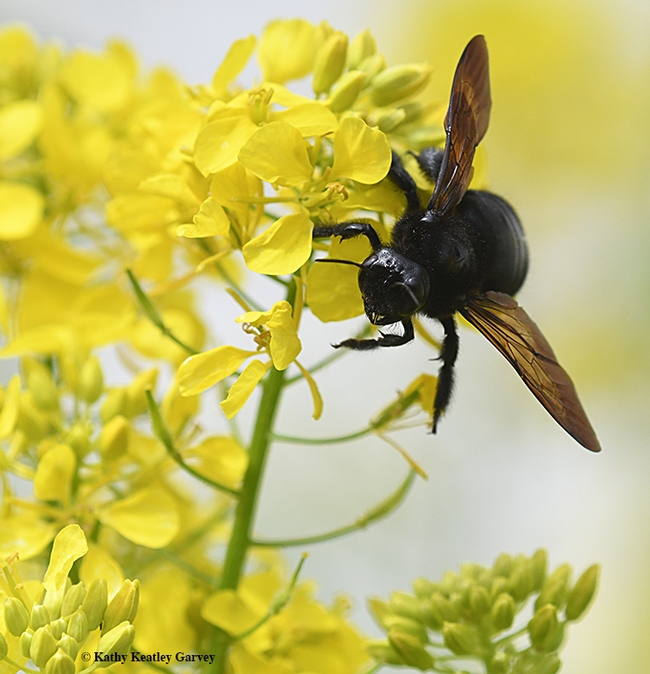 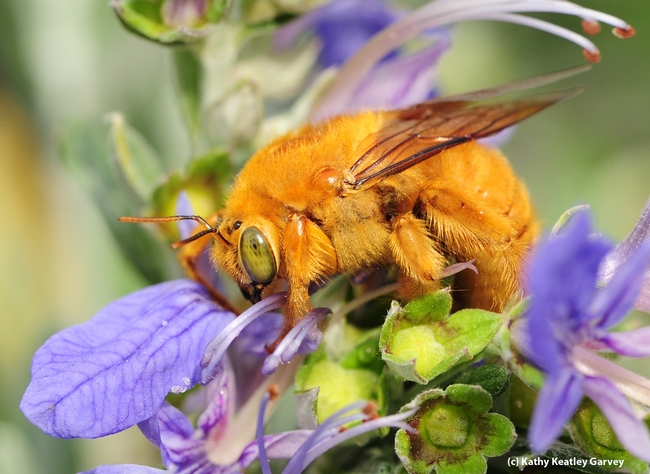