UCANR: Safeguarding abundant and healthy food for all Californians
Aqua-ammonia versus liquid urea - round two
Published on: May 2, 2020

Following my blog post about a week ago about using urea or aqua-ammonia (aqua), a number of people have been asking to see the data. The study was conducted in 2017 at the Rice Experiment Station. Aqua and liquid urea were applied at three rates (50, 100 and 150 lb N/ac). Both N fertilizers were injected into the soil at 3 to 4 inches depth. Treatments were replicated three times. Across the N treatments, yields were similar between the aqua and liquid urea treatments. Yields were low, but overall state-wide yields in 2017 were low as well. In other studies (data not shown), we used dry urea banded into dry soil before flooding to the same depth as aqua we saw almost identical yields across seven on-farm studies. Based on these data, liquid or dry urea that is injected or buried into a dry soil before flooding, performs the same as aqua. 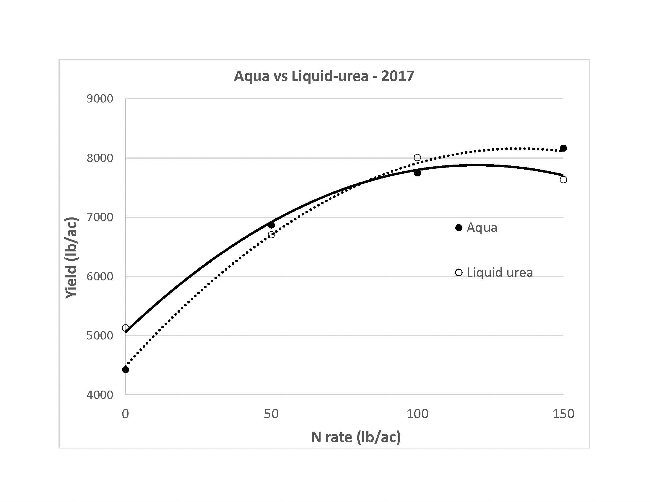