Nothing but net? No, no net.

We have a winner in the 40th annual Cabbage White Butterfly Competition, sponsored by butterfly expert Art Shapiro, professor of evolution and ecology at the University of California, Davis. Shapiro traditionally offers a pitcher of beer (or its equivalent) for the first cabbage white of the year collected in Yolo, Solano or Sacramento counties and delivered to the office of the Department of Evolution and Ecology, Storer Hall.

And the winner is...drum roll, please...Art Shapiro. Fact is, he's won the contest every year except for three.

And this year, he caught the prize-winner without a net.

Although Suisun City is his oldest sampling site, dating back to 1972, Shapiro does not recall ever finding the first-of-the-year cabbage white there before. Precisely because of that, Shapiro traveled to Suisun at midday Monday without a net.

“It was taking nectar from flowers of field mustard (Brassica kaber) along a 6-foot-high fence facing the sun,” Shapiro said. “I tried twice to catch it by hand but failed, and it soared over the fence into someone's back yard.”

"But I knew it wasn't as warm on the other side, and there probably wasn't anything in bloom either. So I figured I'd just wait and see if it came back. It did--and I got it on my first try."

Asked how he could catch an active butterfly by hand, Shapiro smiled and said "Experience." A few years ago he caught a very rare all-black mutant of the orange sulphur butterfly the same way.

Shapiro (see his website, http://butterfly.ucdavis.edu) sponsors the annual contest to draw attention to Pieris rapae and its first flight. "I am doing long-term studies of butterfly life cycles and climate," he said. "Such studies are especially important to help us understand biological responses to climate change. The cabbage white is now emerging a week or so earlier on average than it did 30 years ago here."

Shapiro, who is in the field more than 200 days a year, enlists public involvement "because I have that much more confidence that I am tracking the actual seasonality of this common 'bug.'"

Following his find, Shapiro said he took his disappointed grad students out for beer at The Graduate, a local pub, after work. “I usually buy the first pitcher anyway,” he said.

Shapiro has lost only three times in 40 years--and all by his graduate students. Adam Porter found the first cabbage white in 1983; and Sherri Graves and Rick VanBuskirk each claimed the title in the late 1990s.

Interestingly, people contact him as late as June asking if they’ve won. 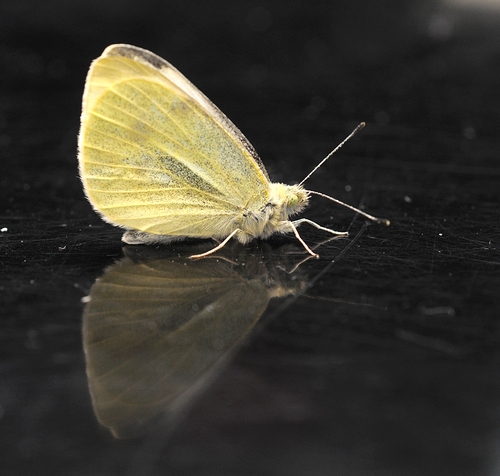 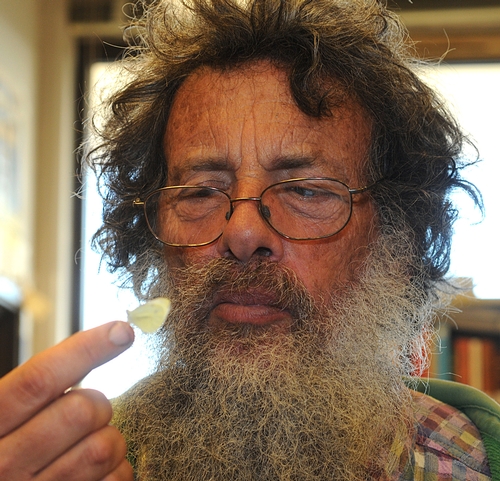